by Stephen Jan in Istanbul, Turkey

We entered Istanbul only to find ourselves completely and utterly lost-not a new condition for us as I am sure you have noticed by now. After driving around the suburbs for an hour without finding the city center I decided to ask a group of Turkish men for directions. I hopped out of the car with Tom’s Turkish phrasebook and hoped for the best. “englishi?” I asked. They shook their heads. I pointed to the phrase in the book that read: “where is…” and said “merceze” (city center). They started talking to each other and gesticulating at me. I gave them a blank look. They started looking up words in the book. I pulled out my trusty little moleskin notebook. They took it from me. They were going to draw a map! Great! One guy starts drawing. After a few minutes he hands me back the notebook. I stare at it. He had drawn an oval and a circle with a few lines. I didn’t want to seem ungrateful but this map was fing useless. He pointed at the oval and pointed at beach in the phrasebook and tapped my left shoulder. Then he said go go go. “great thanks,” I said trying to look grateful. I get back into the car. “Do you know where we are going?” asked Tom. “Sure” I told him. “I have a map.”

By some miracle the map worked and we made it to the city center (Lauren Goldbeck your notebook is magic). We arrived to the sun setting over the skyline pierced by hundreds of minarets and the erie sound of the call to prayer echoing through the bustling streets. We were definitely not in Europe anymore. 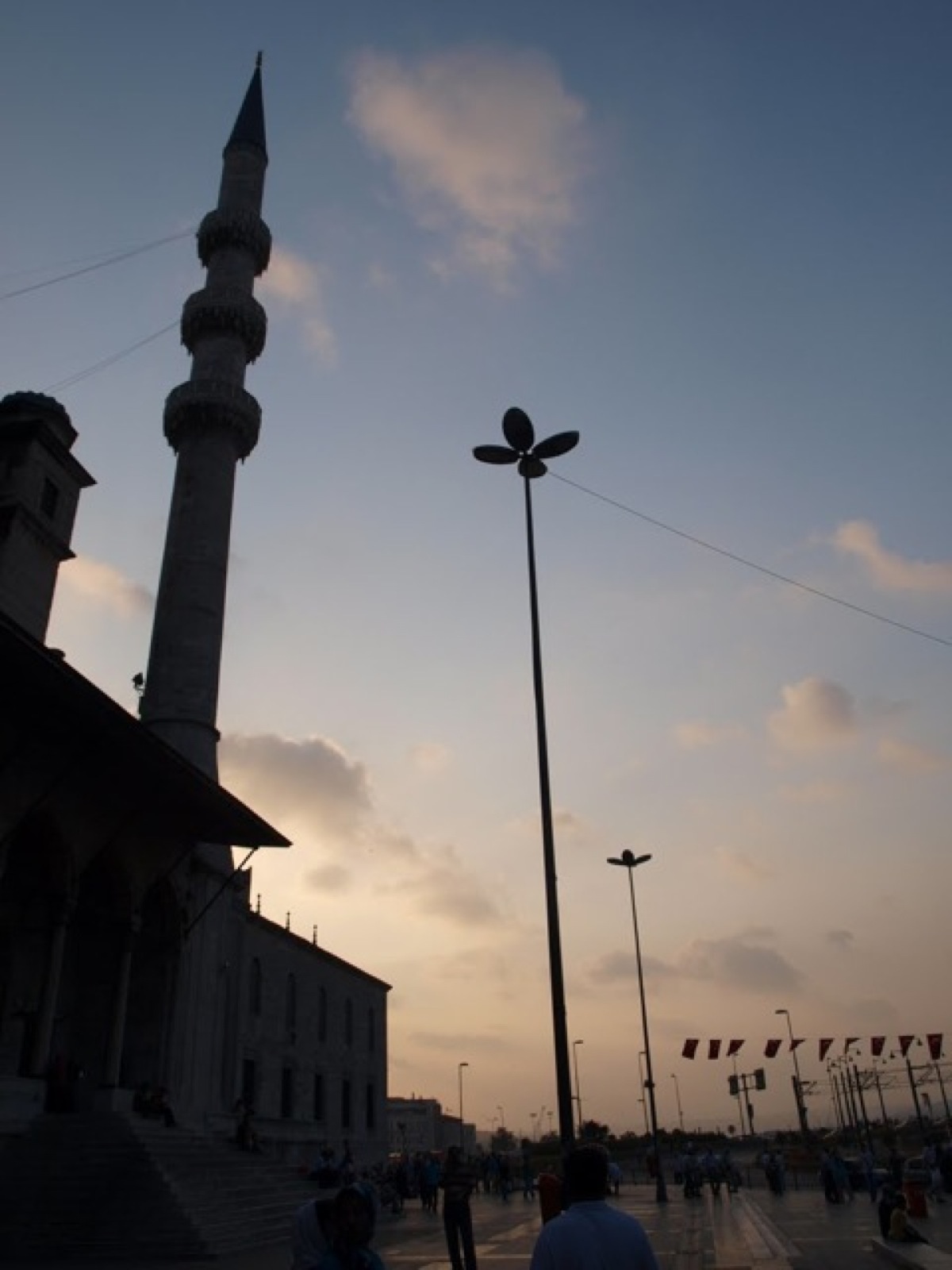 We decided to sleep in a hostel for the first time on our trip mostly to take advantage of taking some showers. We found a comfortable hostel that included a shower, bed, and internet For 10 dollars a night. As soon as I put my backpack down near my bed I ran into a girl sleeping in my room. “Hey,” I said, “want to come have a drink with us?” After she agreed and we had chatted for about 10 minutes I finally thought to ask her name. Cat soon became an honorary teammate for a day. 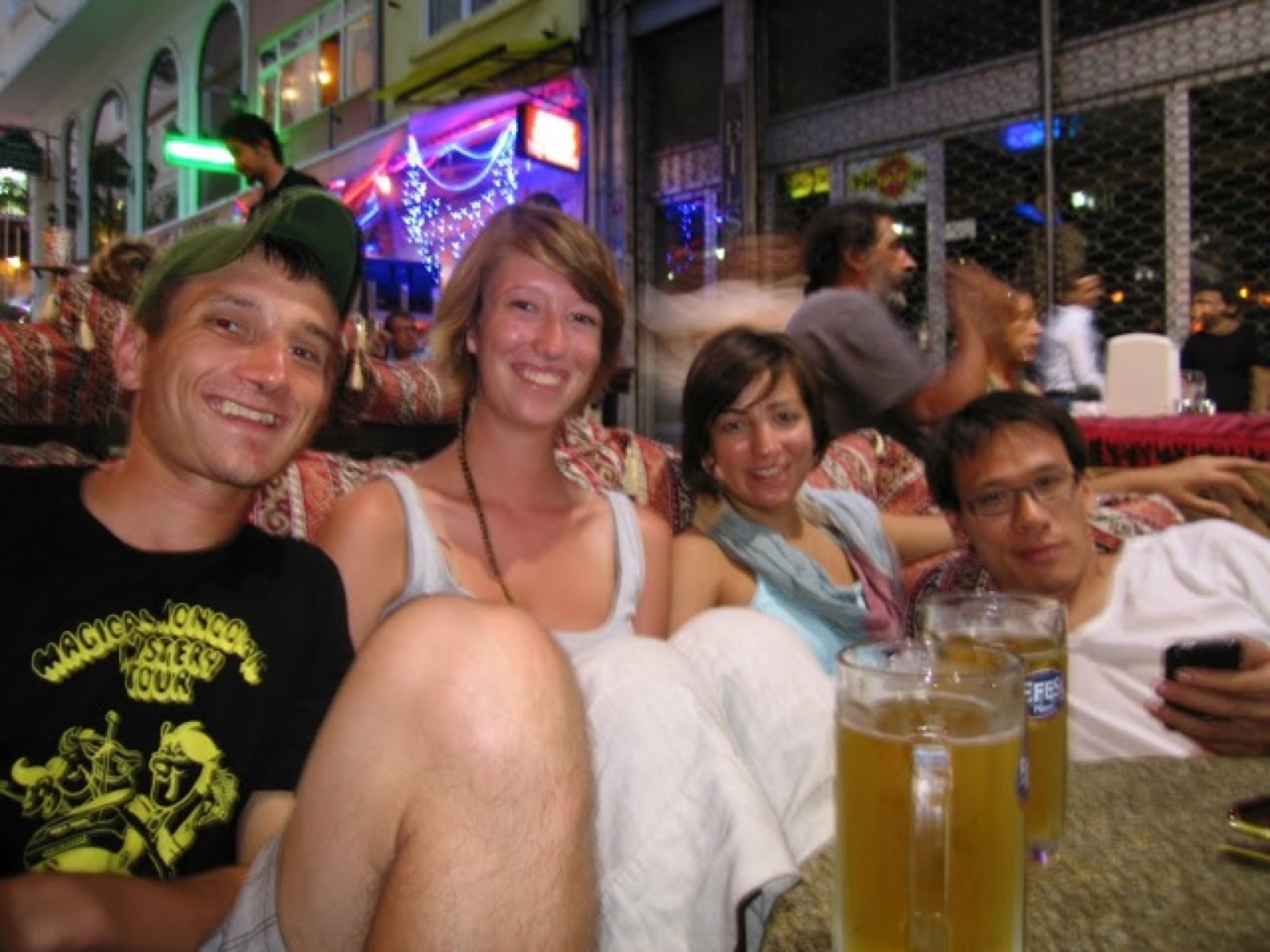 Together the entire team plus Cat and John (a guy Tom picked up in a similar manner) left the hostel in search of beer. One of the many promotors on the street roped us into settling in at his place with the promise of free nargela. We all settled in and ordered our first Efes (beer that can be found from turkey through at least Kazakhstan) except Stephen who ordered a cherry juice and got considerable flak from our waiter about it. We stayed at the restaurant late into the night drinking beers, eating baklava, and joking with our waiter who made fun of our inability to smoke nargela like a local. At two in the morning the entire restaurant had cleared out, but our group was still going strong. Our waiter put on some traditional Turkish music and demonstrated the dance that accompanied it. At his urging, the entire team got up, linked pinkie fingers and attempted to follow his steps. We ended our first night in Istanbul dancing in the streets at two A.M. hand in hand with the locals. 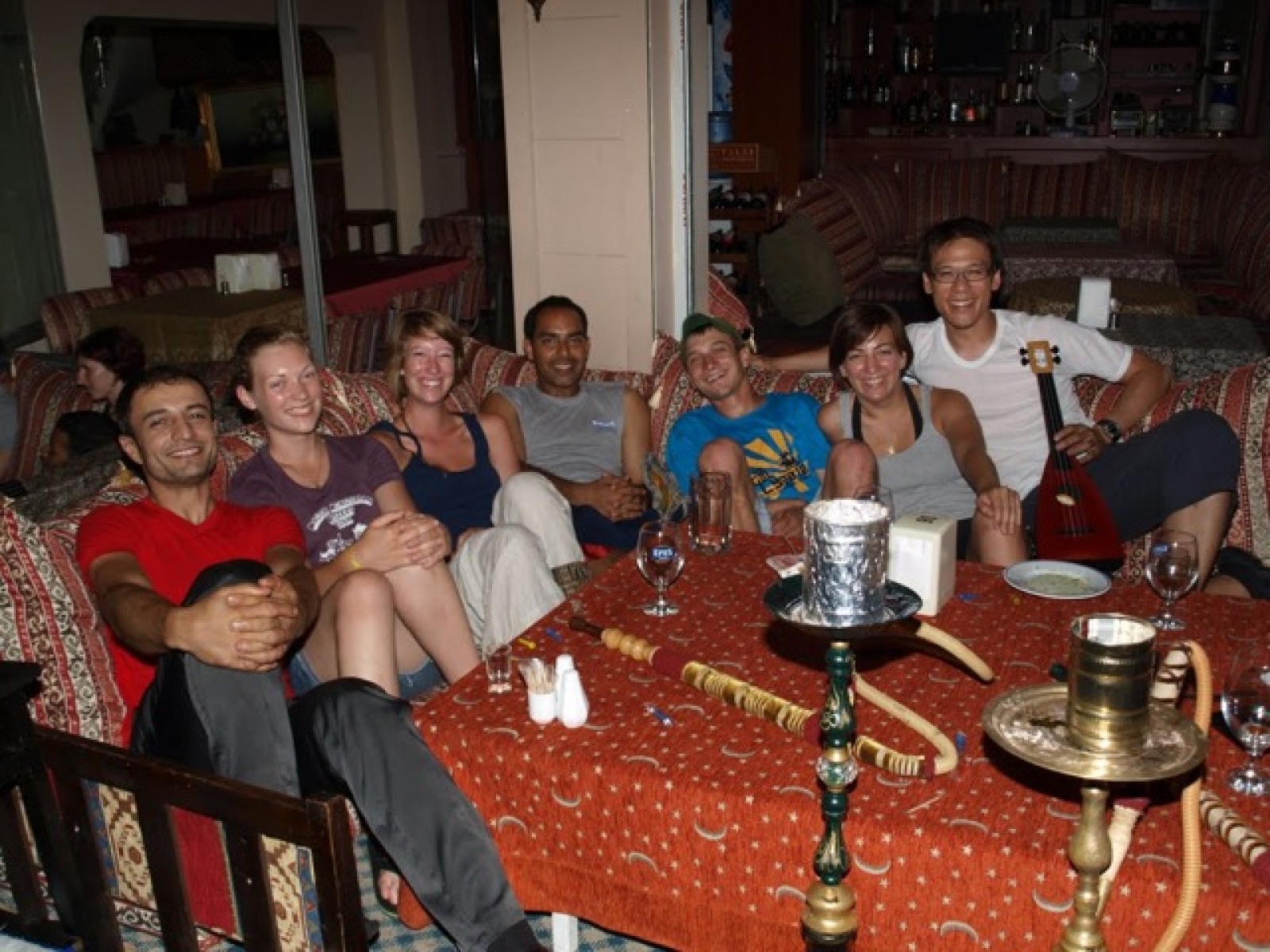 After a great nights sleep in an actual bed the team plus Cat powered around the city trying to take in all the sights in one day. We went to the central market, which was really just a tourist trap, then tried to find the famous Blue mosque, which was harder than expected since there were hundreds of mosques. The Blue Mosque was beautiful, but the overall impact was affected by the smell of feet which resulted from the authorities in charge forcing all viewers to remove their shoes. We then went over to Hagia Sofia, which was much easier to find due to it’s size and location on the water. Sofia was magnificent and awe inspiring, too difficult to describe with words so I will leave that to the pictures. 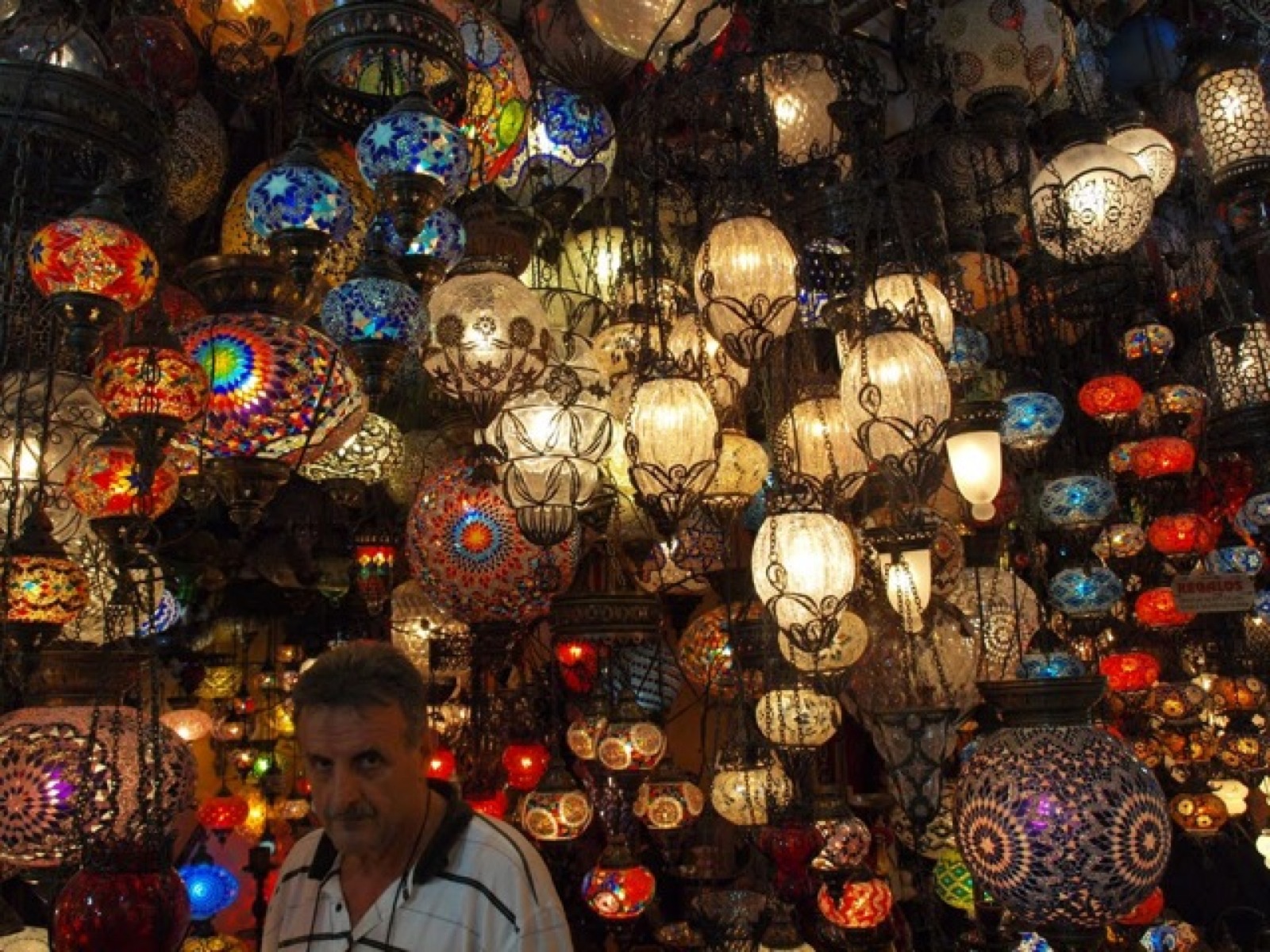 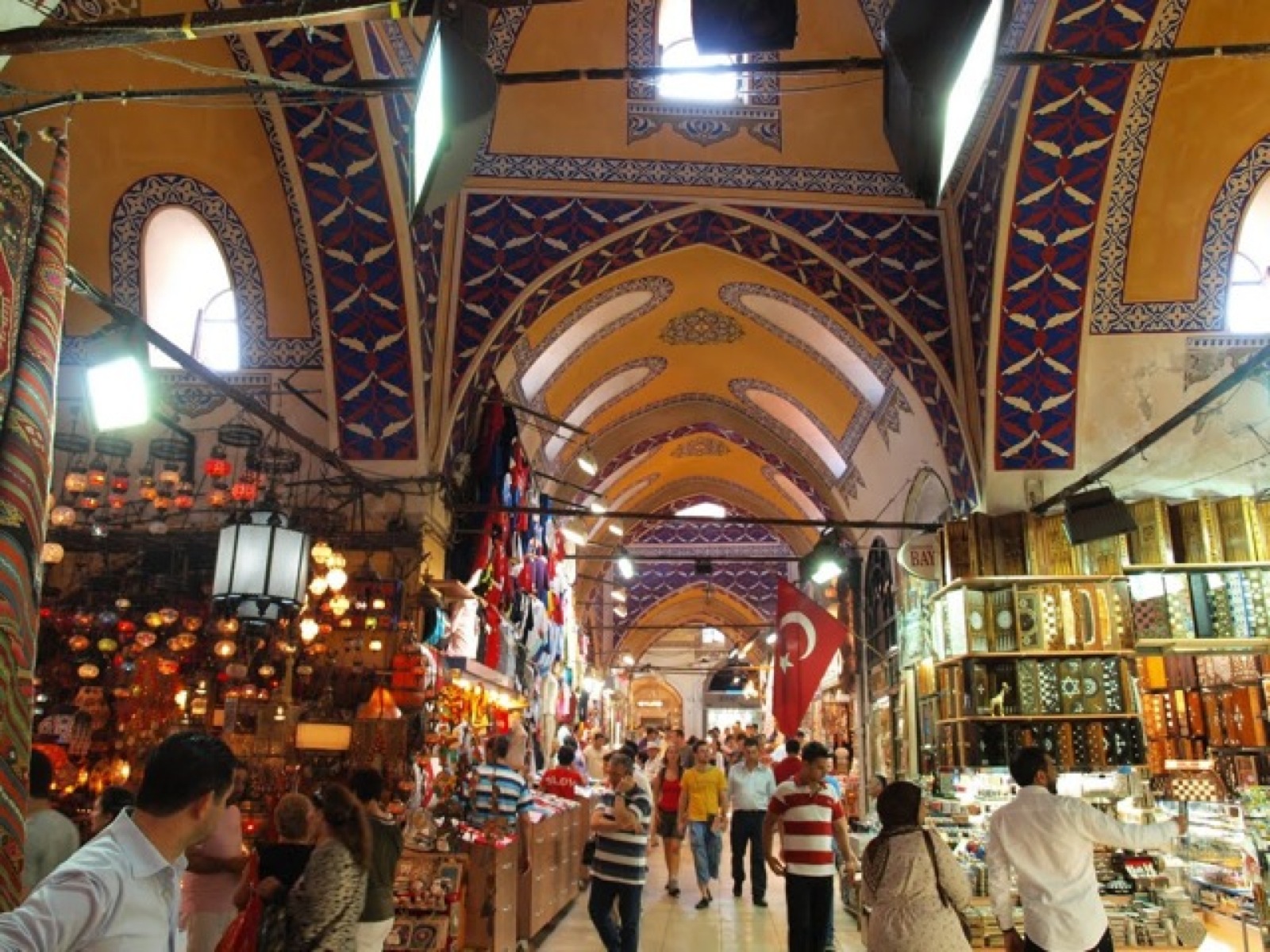 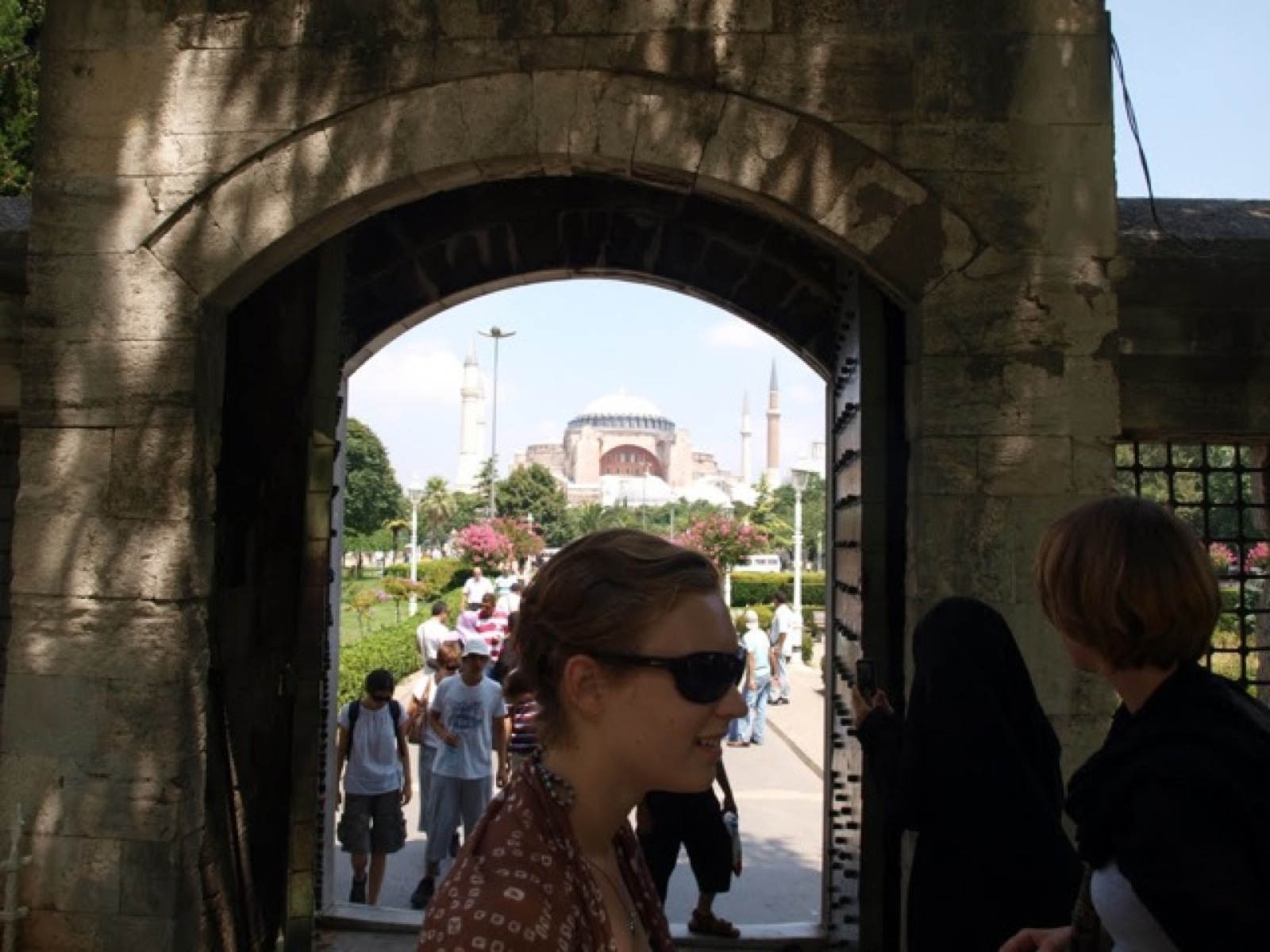 Completely exhausted from our rushed tour, our time in Istanbul too quickly came to a close. After one last shower and a delicious farewell meal shared with Cat and John, we left Istanbul as the sun was setting over the minerets. 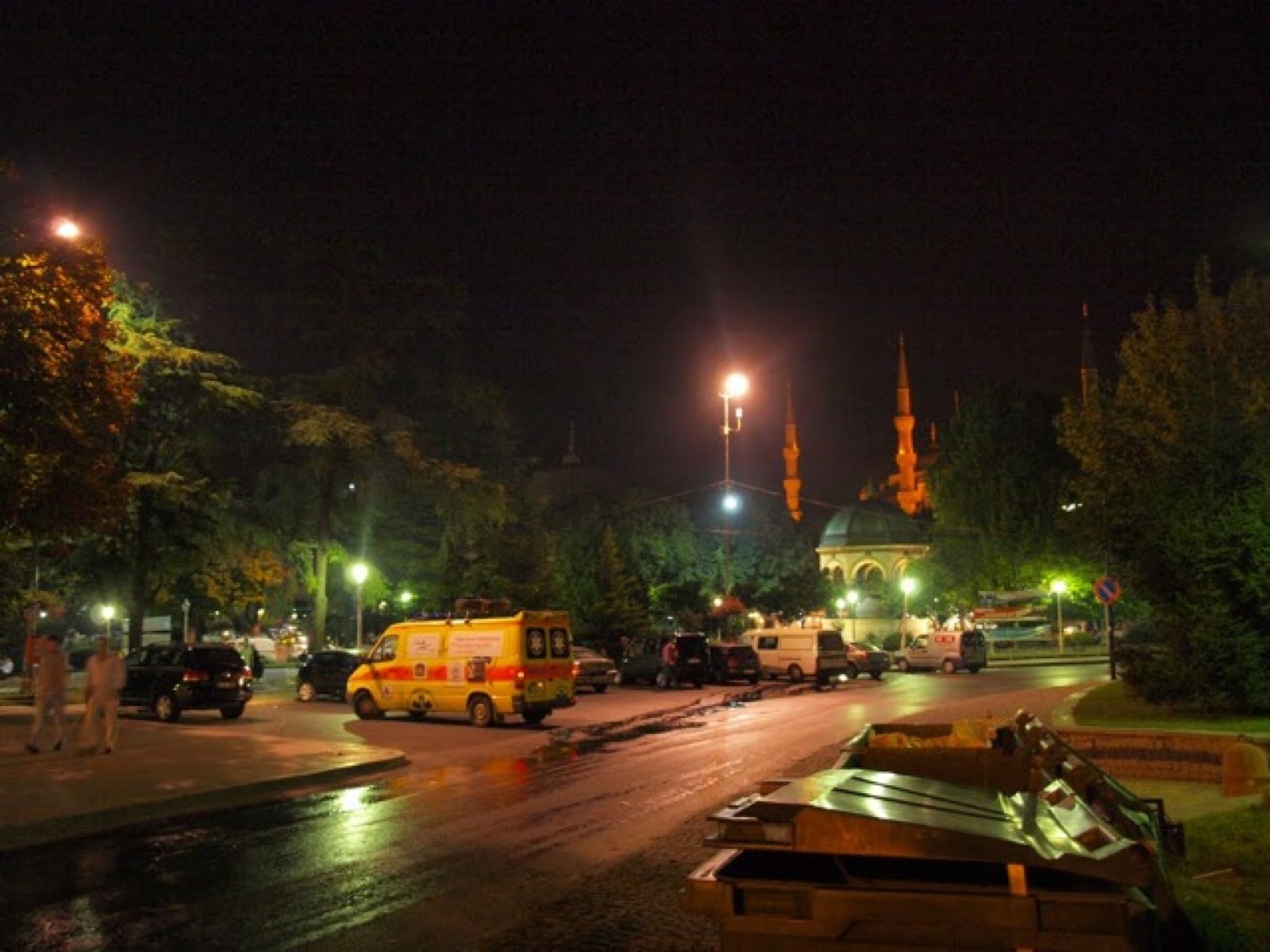