by Stephen Jan in London, England

The plan to pickup our equipment at the UPS store started simple enough but turned into a 5 hour ordeal that took us to just about every single UPS center around London, each claiming that the next center should have our package. To make matters worse, the road layout in London is completely non-sensical. Roads of one name turn into  another every couple blocks. Streets don’t stay straight. When someone says, “drive down this road and made a left” that can take you in just about any direction. 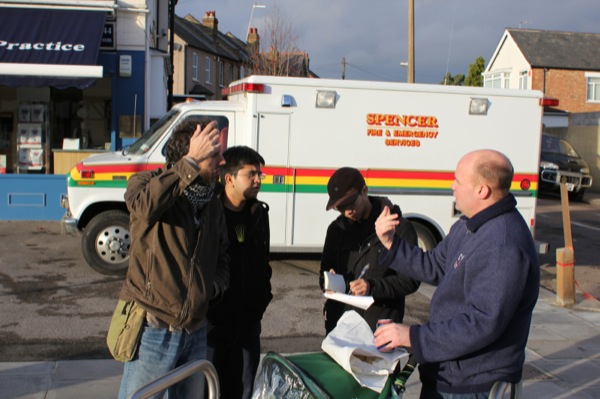 We eventually arrived at the head UPS office in Feltham and parked our car into a parking spot fit only for compact cars. The front half of the ambulance stuck out like a sore thumb. But most importantly we managed to find the equipment we sent from New York. It only took 5 hours. 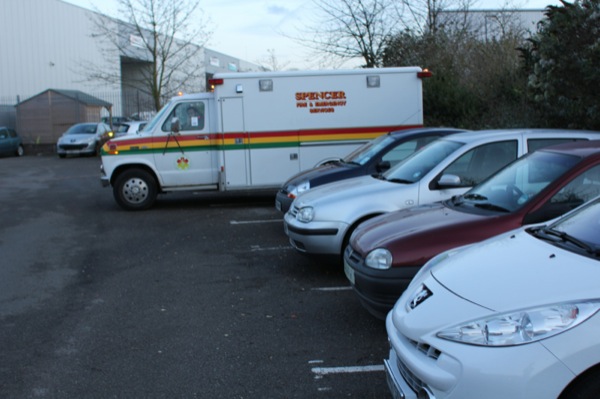