by Stephen Jan in London, England

On my 32nd birthday, December 14, 2011, I launched from JFK at 10:30PM for the Timbuktu Challenge. My brother Thomas dropped me off at the airport and my friend Daniel whom I’ve known nearly 10 years was there send me off. He left me one line of advice: “When you’re tired sleep, and when you’re hungry eat.”

I’m sure the line comes from somewhere, has a deep meaning somehow, and was credited to someone really really wise. Even though it sounds like one of those “no shit” pieces of advice, it’s remarkable that I am remembering it now and will most likely repeat it to other people. 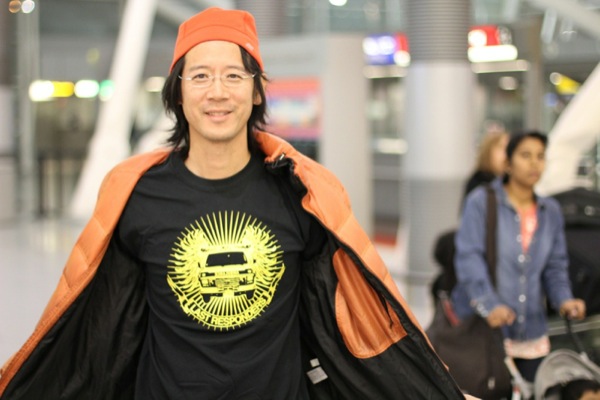 The most challenging task for this whole project was getting the car over to the start line. I’ve heard accounts where ships get delayed by weeks and weeks. I’ve heard stories where the EU slaps exorbitant fees on cars to leave the port. And if you’ve seen The Wire, you’d know that only bad things happen at the docks of Baltimore.

When Mike and Dennis reported yesterday from a rest stop that they received the ambulance in Liverpool and were on their way toward London, I was ecstatic. Okay the car didn’t start when they got there but that doesn’t count. Really. I’m sure that the car will start when it really counts. But more importantly, they are on their way to meet the team at London, Heathrow, Terminal 4.