by Stephen Jan in Layonne, Morocco

The ambulance was rolled into Marrakesh on a flatbed truck with a broken differential housing and a busted universal cross joint. Five days later, the ambulance hobbled out of Marrakesh with a non-functioning speedometer and a f’d up transmission.

We all bade Marrakesh good riddance and were looking forward to the next destination which could only better, even if it was a latrine smelling gas station.

To emphasize point #2, the organizer had hired a guide to take the teams through Mauritania. A military escort was scheduled to meet the teams at 9:00AM on December 29th. The border was 2000km, 20 hours away. We left Marrakesh at 3:00PM, December 28. If we drove without stopping at all, and Google maps was correct, then we’d get there at only 1 hour late. Reaching the convoy without driving through the night would be impossible.

I drove the 1:30AM – 8:00AM shift starting from somewhere before Layonne, to nowhere after Boujdour.  Share two narrow lanes with incoming truck traffic in pitch black darkness is a bit harrowing, but at least the roads were paved and lanes actually existed. We did our best to reach the border and the other teams. At around 7:00AM, we were pretty sure that we weren’t going to make it. Team Last Responders would be violating both safety tips. 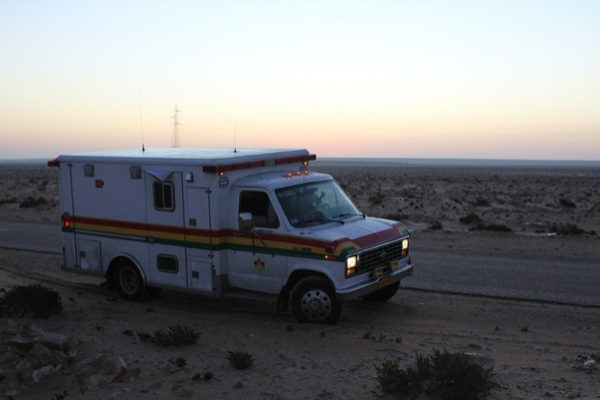