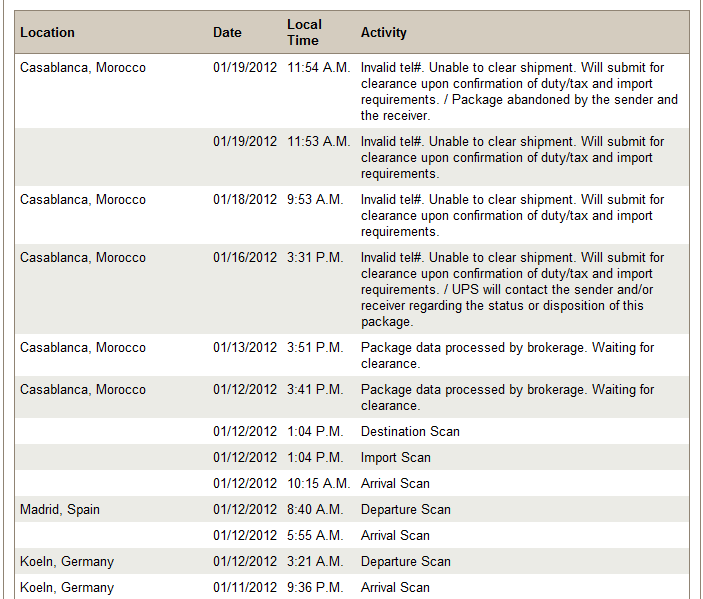 Day 21 in Dakhla. I checked the UPS tracker this morning and the site reported that the package for which we have been waiting was “abandoned”. This is despite phone calls from New Jersey, New York, and even the Western Sahara. Now I have no idea whether it’s fault of UPS, Moroccan Post, or both. We paid a pretty penny to have this stuff shipped over so I am expecting this shit to either arrive or our money back. Colin was convinced after seeing that last line that someone in Casablanca had stolen the package.

As of this morning, we’ve sent some “locals” to the UPS office in Casablanca to sort it out. Hopefully there will be lots of blood shed.