by Stephen Jan in Bamako, Mali

On the morning of February 21, 2012 we took our ambulance for one last drive. The Salif Keita Foundation had arranged a press conference  at the Center for Development of Vaccine to celebrate the donation of an American 1989 Ford E-350 Wheeled Coach ambulance. It was never in our group’s ethos to dub it a name and we didn’t do much to personify the vehicle. Despite that, we cared for it like our child and had become quite attached to it. I didn’t know what would be waiting for us at the event. But either way, the ceremony would mark the end of the journey for Team Last Responders on the Timbuktu Challenge. The only challenge before us now, was to somehow explain to a Malian audience that picking up an ambulance from Agawam, Massachusetts and dropping it off in Bamako, Mali made perfect sense. 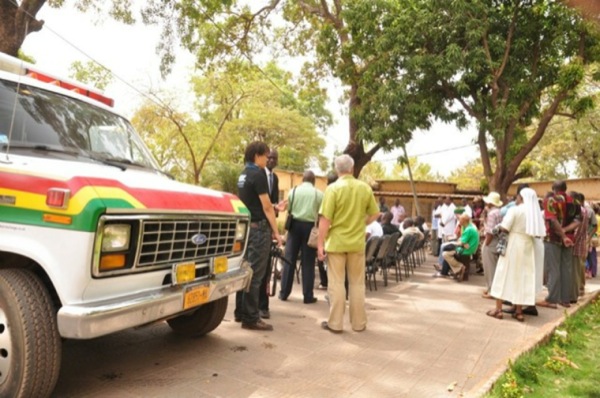 We parked the ambulance in front of the main building, next to the chairs neatly lined up for the press conference. The gathering crowd consisted of doctors, journalists, and people affiliated with the hospital. Never in my wildest dreams did I ever imagine that I would be surrounded by Malian journalists explaining the Team Last Responders story. 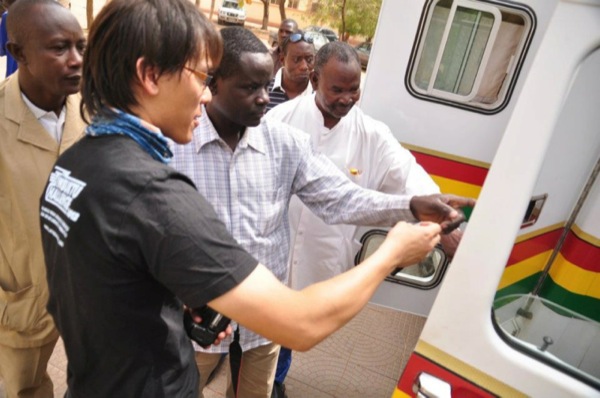 Salif Keita eventually arrived, as well as our new friends from the ICS. A couple doctors started the conference with introductions in French. Naturally, I had no idea what they were saying. They all seemed pretty eloquent and educated so I’m sure it was well delivered. When we got the signal, Mike and I strode up to the front. Leading up to this moment, I didn’t know if I was going to feel nervous or not. Taking account all that we had experienced getting here, I’d have to say that the feeling of accomplishment and completion trumped any nervousness. Besides, the audience probably didn’t speak English. Any mistake i made would have been corrected by our trusty translator. 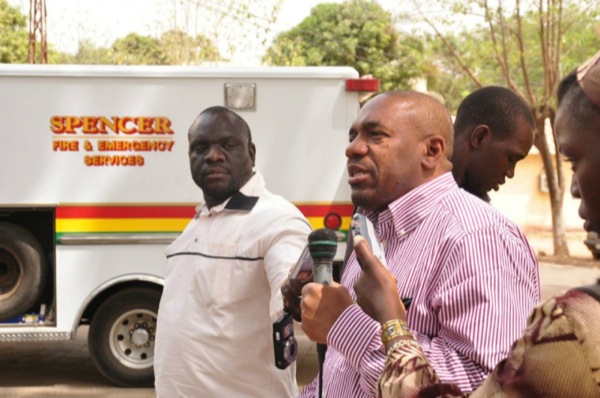 I started by introducing our team and from where we came. I pointed out that the Salif Keita Foundation was the only organization that went out of their way to help us find a home for the ambulance. I thanked the organization and all the Africans that helped us along the way. That was pretty much the gist of my 3 minute speech. The conventional belief is that important people in the audience sat in the front like Salif Keita, the doctors, and TV cameras. I found myself looking toward the rear at those familiar Team Last Responders T-shirts we had given out. In my eyes, they represented a lot of what our journey was about. Meeting new people, forging new connections, lending support to new people - plus there were seven pretty girls back there. 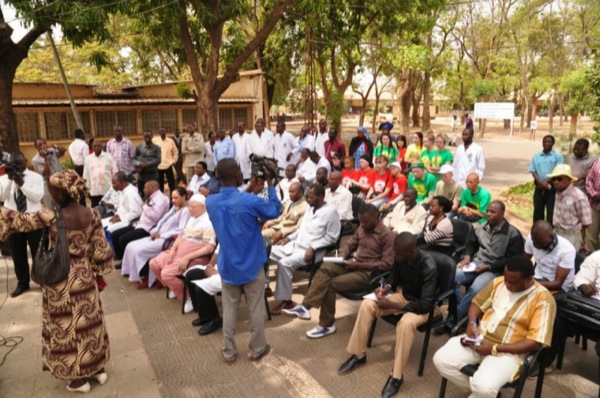 I passed the microphone to Mike and he delivered a couple words as well. The microphone was passed around to a couple more important (presumably) people. After all the talking was done, everyone gathered around the ambulance. There I handed the ambulance keys to Mr. Keita. To the sound of loud applause, he in turn delivered the keys to the hospital. 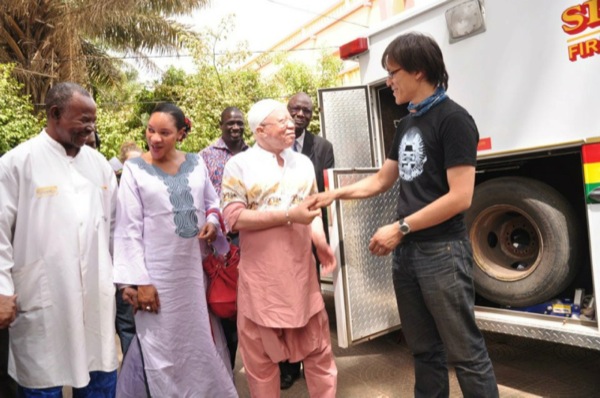 The two drivers who would be taking care of the ambulance drove us back to the Hotel la Plage one last time. I didn’t feel a rush of emotion or anything like that but I knew this was a special moment that would burned into my brain for the rest of my life. 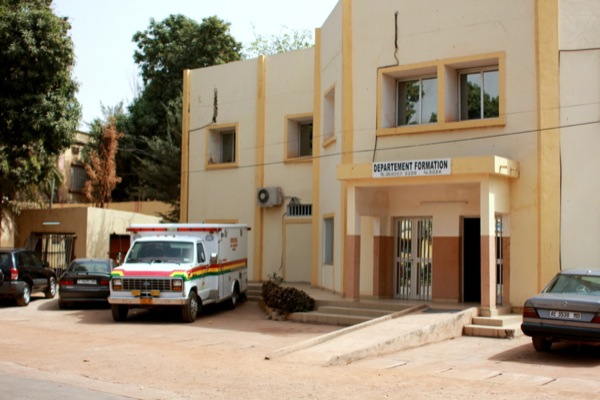