by Stephen Jan in tbilisi, Georgia

Leaving Georgia did not take long. We got the usual looks of confusion followed by looks of amusement by the border guards when we told them we were headed to Mongolia. They were pretty friendly and helpful, tom almost convinced one to play a game of basket ball. One Georgian border guard insisted that I play a song for them on the uke. They wished us good luck on our journey but warned us to be careful in azerbaijan with corrupt officials.

Once out of the gate, we found ourselves on the little strip of land between 2 countries presumably owned by no one other than the pack of stray dogs roaming the garbage strewn area. We lined up. After about an hour of not moving and baking in the sun, we started thinking that the queue wasn’t moving. Two hours in, we moved 2 meters forward - this was going to take a long time. 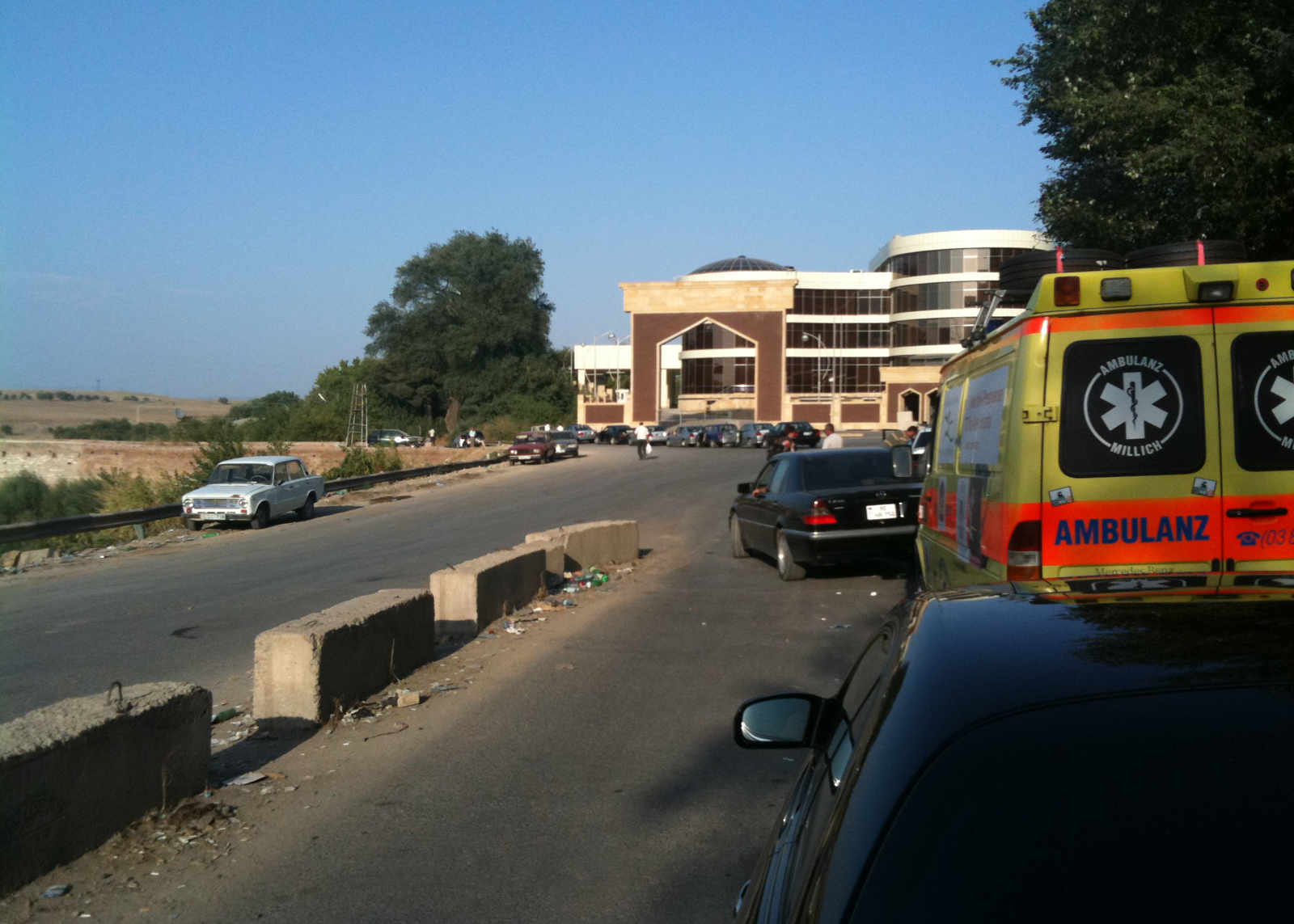 Judy spent the next nine hours reading, sleeping, and scratching her many mosquito bites. When Tom wasn’t in the drivers seat mumbling to himself about how this sucked, he’d be kicking the soccer ball around the dirt. I sat on the curb strumming my uke for a couple hours and then spent a couple hours unravelling tangled twine. The locals were curious about us. One man bought us a bunch of expensive bananas, another invited me a tea to asked if he could buy my shoes.

When we reached the end, a small vile smelling enclosed area waited for us. The area was no more than twenty meters by twenty meters and allowed one car in at a time from either side. Despite that, the area was crammed packed full of cars and people running through the gauntlet of paperwork to get on by.

We managed to get into Azerbaijan at midnight. Empty roads, missing streetlights and a strange hazardous row of bricks blocking the road greeted us. We drove for about an hour before settling into a restaurant off the side of the road in the middle of nowhere at 2am.

The restaurant hotel was gaudily decorated with colorful christmas lights. Like a scene out of Alice in Wonderland, we sat on fancy chairs in front of a brightly lit hotel to roast lamb, salad, and squeaky cheese. The meal was topped off with tea served in fine china, reminiscent the Mad Hatters tea party. The interior of hotel seemed like a stage for a psycho thriller. The floor boards on the second floor were incomplete and misaligned. Rooms were missing basic things like beds. Those that were sleep-able offered only a brown stained mattress on the floor. 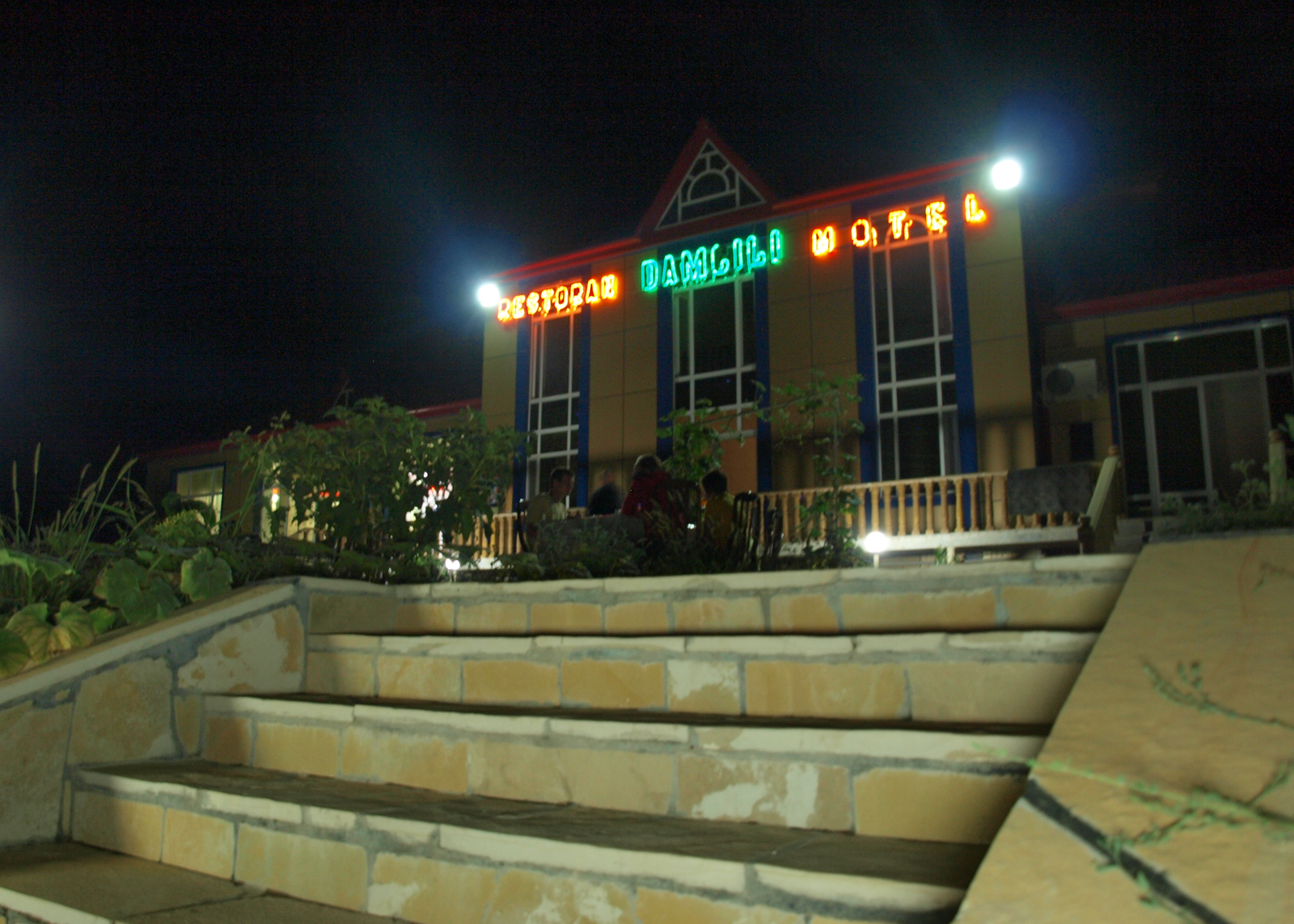 We were looking forward to an interesting experience in Azerbaijan.