by Tom Dorwart in Omsk, Russia 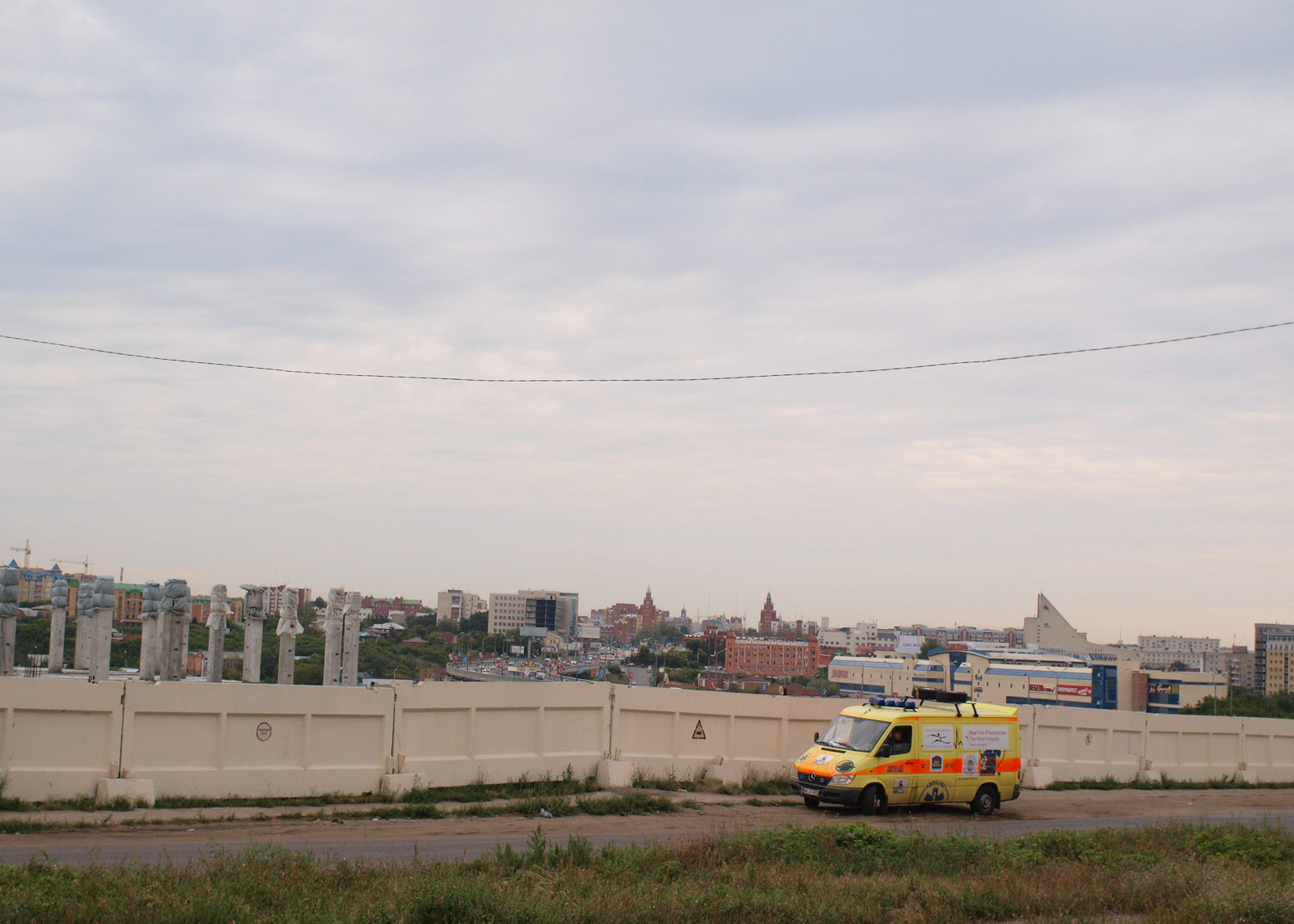 After our dance-around around the Kazakh-Russian border, we and Team Divine Fiat managed to find a hotel at 4 am near a small Omsk airport. The divine fiat itself had been sputtering since the last stop, so we led the way with our brights, and Pete and Marc followed at a cautious pace of 60km per hour. The hotel or hostel, it was a mix between the two, was not the prettiest and had no warm water, but it had beds and a heater, which were all we were looking for. The temperature had taken a steep plunge since we had left Kazakhstan and entered the region of Russia known as Siberia.

The plan was to get a good, warm night’s sleep, fix the fiat, and head off for Novosibirsk the next day- or I should say later that day. We were “shattered,” to steal our mates’ British lingo. We woke up around 9 am and Pete and I went off to search for food. Marc had left by 7 to find an auto-mechanic for the fiat. There were no cages or restaurants near or hostel, so we bought the only thing available, cold spinach and catfood-looking pastries from the “airport” across the street. The pastries were tough to swallow.

Marc found out it would take all day to fix the fiat, as only one cylinder was firing. That was great news because an earlier garage had told Marc it could take a month to fix. We hung out in omsk for the day, discovered a delicious Italian restaurant with great pizza and pasta - the Italians have apparently settled everwhere, even Siberia. That night we found a Russian banya - a traditional bath where we sat in a sauna and then plunged into a pool of cool, refreshing water. It was awesome to be clean. After some beers and story-swapping, we went back to the hotel and dreamed of ordering take-out pizza. Somehow, incredibly, lilly was able to convey to the receptionist that we wanted some pizza, at 1 am. Sure Enough an hour later, we received three pizzas: one which contained clams and another with chicken and shrimp. Oh well, it was still late-night pizza in the middle of Russia.