by Mike Reali in Paris, France

You wouldn’t think that a one hour time difference would affect your internal clock all that much, but the past two days have been more like one big continuous day.

Leaving London yesterday turned into a day long endeavor. (Shocking, I know.) We woke up in our icebox of an ambulance at around 10am (well, I a few hours sooner but I didn’t look at a clock), and prepared a modest breakfast in Sasha’s shared East London flat. Stephen’s friend from Irkutsk would be hitching a ride with us to Paris. By the time we’d finished running errands it was 5pm when we rolled out of Central London. 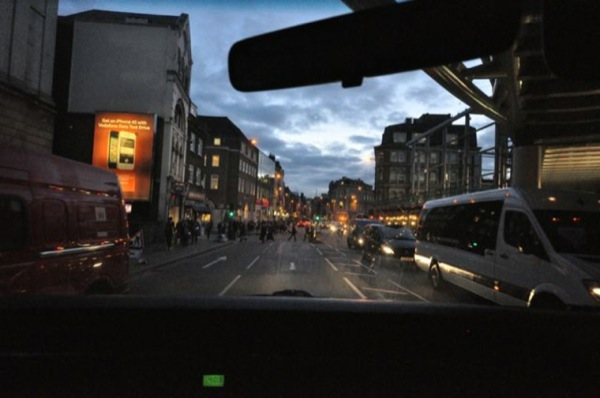 Unfortunately we’re on a tighter schedule than we’d realized, because at some point the official launch changed from 12/16 in Devon, to 12/20 in Tarifa. 1500 miles away. And apparently we have Sunday and Monday night’s accommodations paid for there. So last night we booked it to Dover and caught a 9pm ferry to Calais. Must be a high traffic route, because it was the busiest inter-country ferry I’d ever been on. It was more like being in a mall that had a gaming license, swayed back and forth, and didn’t charge taxes. And was having a special on cases of Foster’s. Two hours on the ferry was at least a break from the road. It would’ve been a more interesting boat ride were it daytime and we could actually see the white cliffs of Dover, and England and France on either horizon. 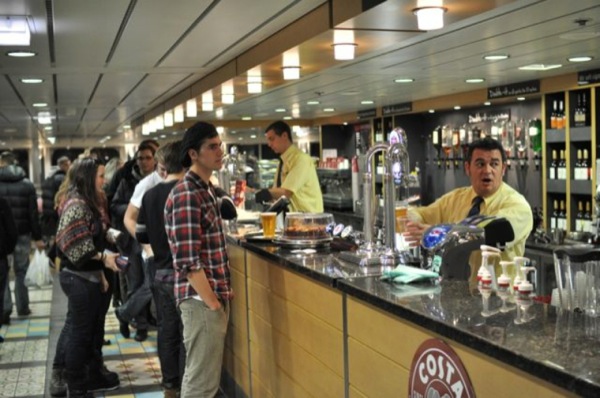 We rolled into Paris at around 5am, and it was only slightly surreal to experience my first sights of the city through a 16”x18” rear ambulance window. We knew we couldn’t stay, so we dropped Sasha at Gare de Lyon station, and circled the city for a few photo ops. We were surprised to find the Eiffel Tower in darkness, like a black cutout on the blue-black sky. In fact the sun didn’t even begin to rise until after 8:00. By that time we were looking for the A10 South, but we at least had the sense to make one last stop at a patisserie for some proper French croissant and chausson, which were absolutely mind blowing as far as breakfast pastries go. 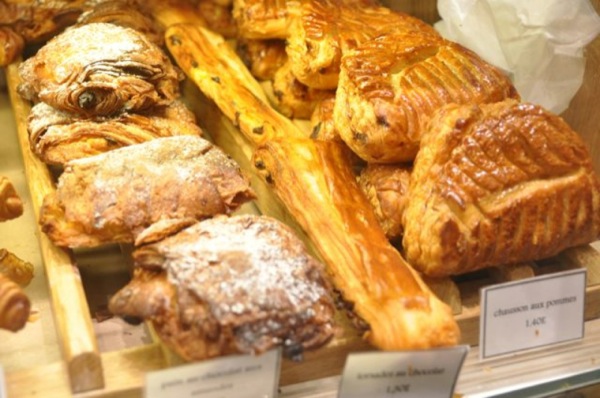 We didn’t get far on the A10 before coming to realize that none of us were fit to be operating a motor vehicle. We’d been in transit for 18 hours, 300 miles via ambulance and ferry, and we’d lost an hour somewhere in the English Channel. The numbers on the clock and the position of the sun had lost all meaning. We pulled off of a random exit, parked on a random corner, and got a random two hours sleep. 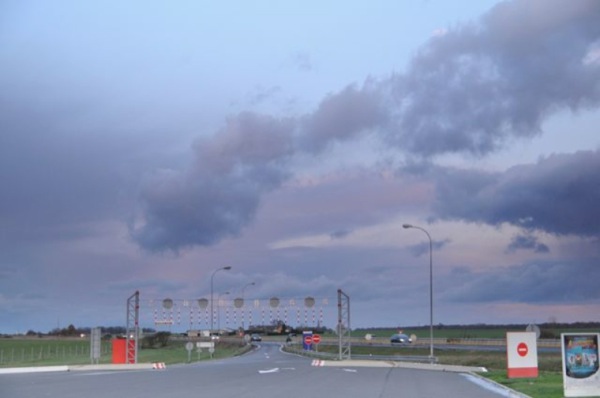 From then on it’s been a tour of France’s rest stops. It’s been pretty rainy for a bit, and we just cooked our first meal in the ambulance. Packaged noodles with canned tuna, corn, and peas. Definitely on the bland side. Cheap stuff; we didn’t spring for Pot Noodle. But it was a hot dinner, and perfectly adequate. Adventure food I believe it’s called. 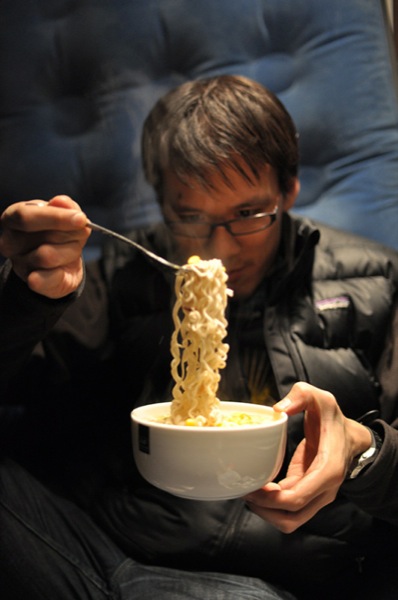 Apparently we’re pretty close to Spain now, having covered France in about a day and a half.