by Paul Rosenthal in Oaxaca, Mexico

Change “wand” to “restaurant,” and you’ll have some idea of our experiences over the past few days.

Despite repeated vows not to dine any place where the staff sails onto the sidewalk and sweet-talks you into their establishment, we keep doing just that. In Mexico City, this brought us to a somewhat tense standoff, saved only by the indomitable Martha.

Leaving Garribaldi Square, home of mariachis, we gave in to a pied piper of a waiter who lured us into a nearby nightclub, promising that we could stop, listen to a little music, and didn’t even need to buy drinks. We trooped along. Though prices were tourist-trap steep (drinks averaged 70 pesos, nearly twice what we’d spent earlier for a 4 course dinner), a couple of us ordered margaritas. The drinks were good and the entertainment merry, but the more we glanced around the place, the shadier it seemed. Its enormous waiters looked like bouncers. We noticed several people arguing over checks, and a couple of overly enthusiastic ladies with a tipsy man. When our bill came, there was, in addition to the 168 peso drink charge, 400 pesos in other charges. That’s when Martha, our Spanish speaking savior, swung into action.

Calmly but stoically, she disputed the charge. Waiters 3 times her size surrounded her, explaining the cover charge, the 15% gratuity, plus all sorts of mysterious service charges. But Martha, in David-and-Goliath mode, stood firm. The bar owner, a huge, jowly man in a billowing suit, soon appeared. He finally agreed to accept 300 pesos for our 168 pesos worth of drinks. But Martha persisted. Eventually, another shifty man in a dark suit agreed to accept 200 pesos (about $16).

You’d think that we would have learned from that adventure. But our first afternoon in Oaxaca, while asking where to sample the town’s famed mole, we fell prey to a gregarious, jovial, and apparently tipsy waiter who first told us that his restaurant didn’t serve mole, then told us that it had the best.

It turned out he was right the first time.

After he messed up several of our orders, took half an hour just to procure water, didn’t seem to recognize any of the menu items, continually embraced us, and at the end of the meal told us we didn’t need to tip…we learned that he wasn’t actually a waiter there after all. Just a drunk, regular patron in a mood to act as liaison between us and the restaurant. 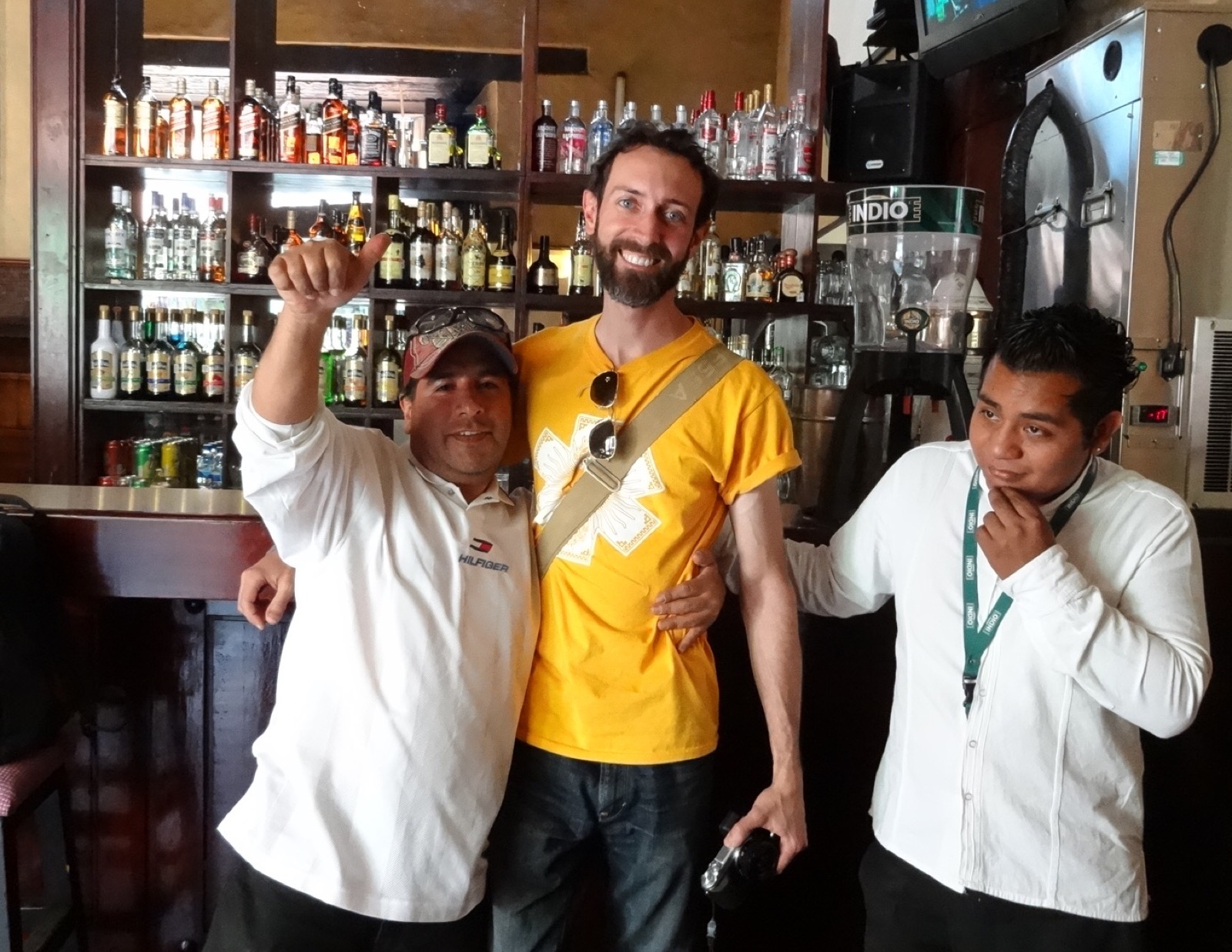 Needless to say, he insisted on posing for a photo (along with the embarrassed chef).