by Stephen Jan in Oaxaca, Mexico

Garbage trucks haul refuse from houses to landfills. At least thats what I thought. High up in the mountains, far away from city centers, they are instruments to stop injustice perpetuated by evil corporations. 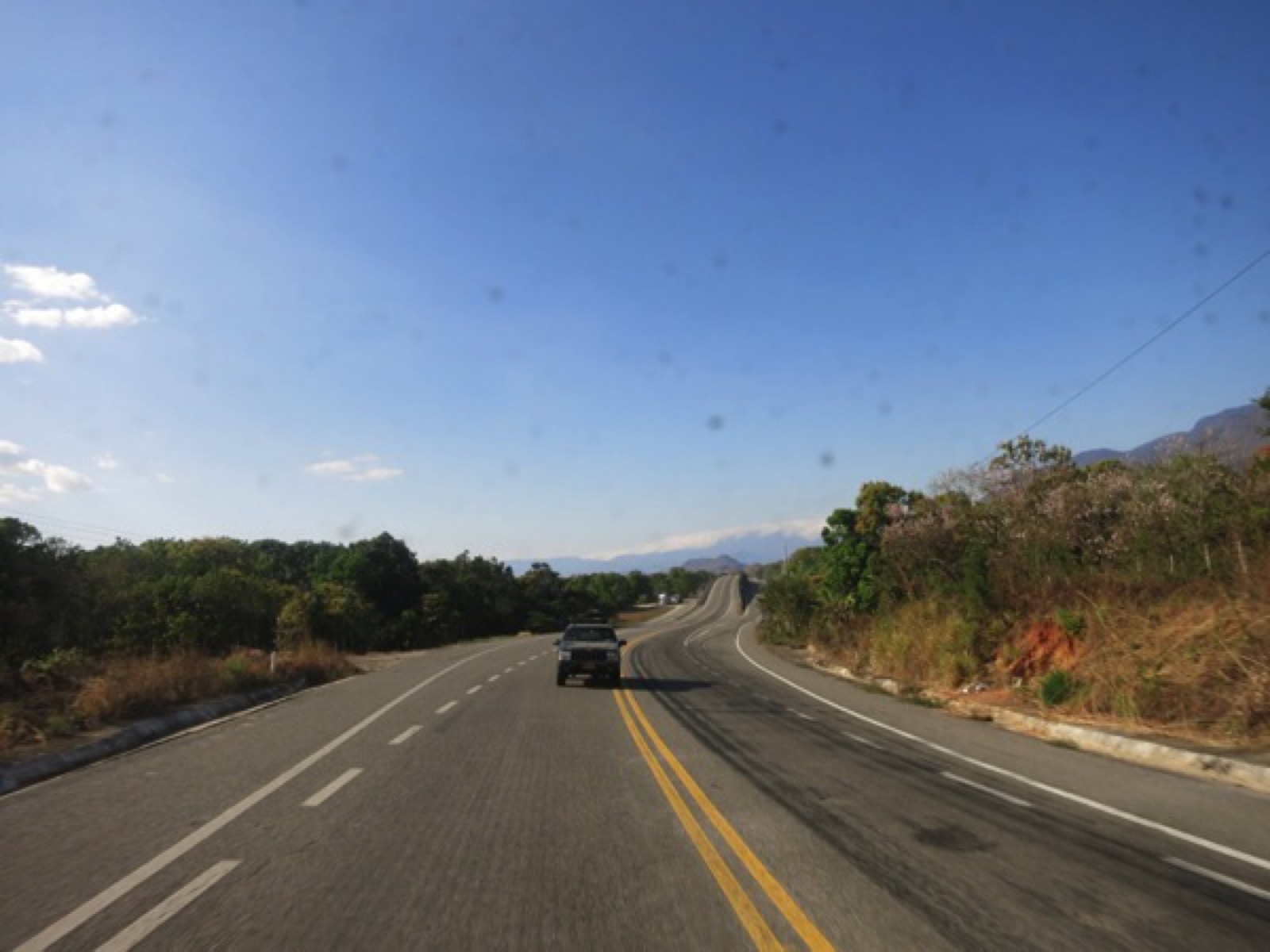 Oaxaca and coastal Tehuantepec are separated by three hours of beautiful mountain ranges. The drive was picturesque and the mountainsides covered with endless forests of green cacti impressed me. 50 km from Tehuantepec, we came up upon the sight of bump to bumper traffic. While traffic itself isn’t so unusual, the sight of Mexican drivers passively waiting for movement was unusual. Loitering outside cars and standing in the shade, they appeared to have been there a while and weren’t anticipating movement in the near future. Martha took a walk to the front of the line to investigate the situation while I took a walk to the rear to meet the other suckers also stuck with us.

Martha discovered that the traffic buildup was caused by neither police checkpoint, nor road construction. Two rows of Garbage trucks blocked traffic in both directions, only allowing buses and taxies to pass. The jist of the story was that some Company had a crew of workers building road X. The Company decided to change its ongoing roadwork for road X and work on road Y. In doing so, they fired all the workers who worked on X, to hire a different group of people to build road Y.The workers for X are angry at how unfairly their loyalty to the company was treated. In came team Garbage trucks. 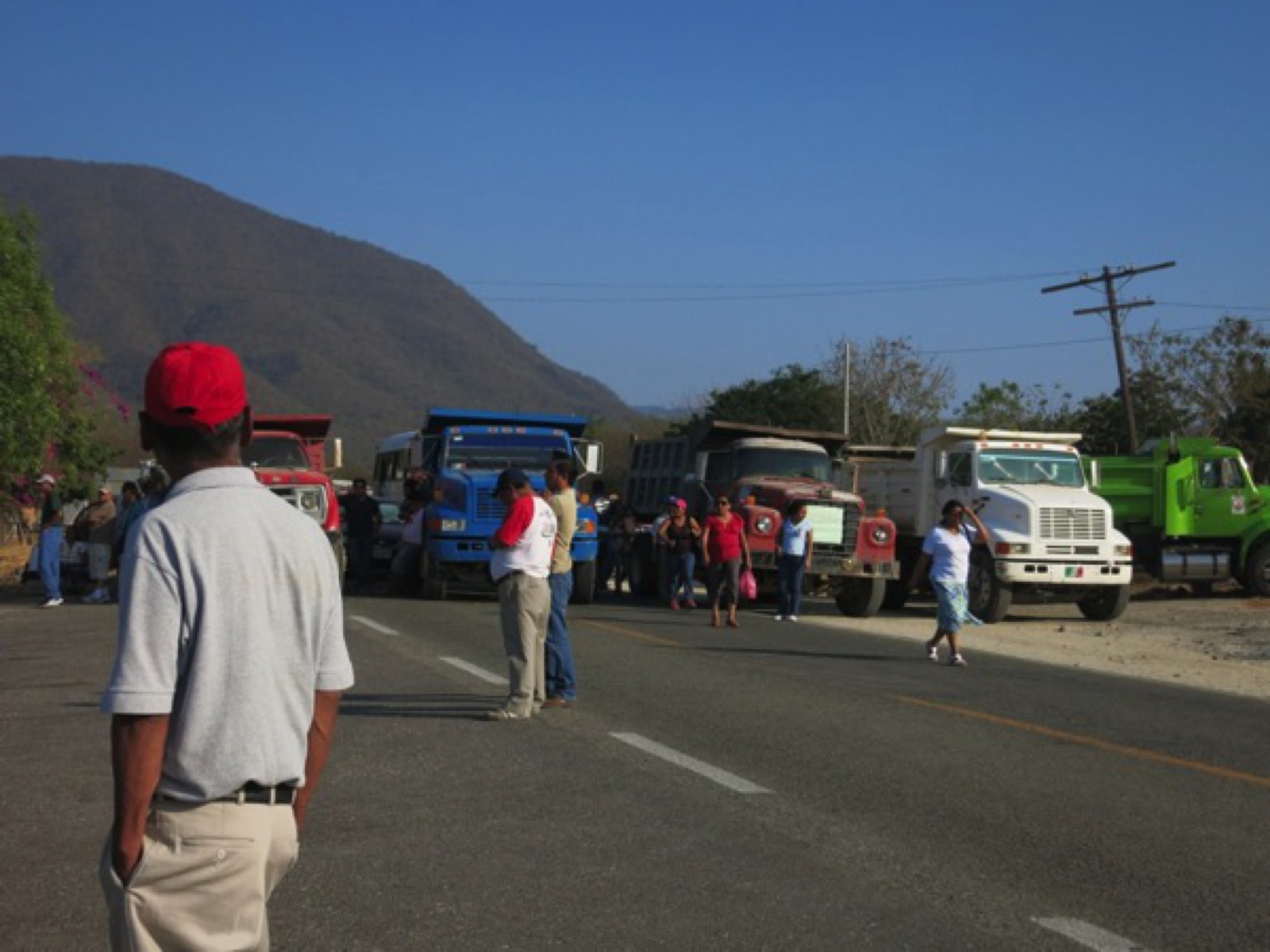 In America, these situations are for lawyers to battle out through arbitration and legal proceedings. Since Mexican workers have limited to access to legal facilities, zero leverage, and no unions, the dump trucks arrived to equalize the balance of power by disrupting commerce. Akin to those bi-annual MTA strikes for higher wages, these workers too have taken the strategy of getting what you wanted by pissing off a lot of people. So instead of Skadden versus Davis Polk LLP in front of the DC Supreme Court, we have Dump Truck Delegation versus Team White Land Cruiser staring at each other near the Jalapa roadside tacqueria.

We arrived at the roadblock at around 1:00 Pm. As we waited, we saw the Federale come and go. Next, the Military came and went. The sun was setting, and clearly there was no resolution in sight. We were debating our dinner menu(spam with instant noodles vs peanut butter between stale bread), when one of the blockade commanders approached us to give us some friendly advice - leave the area. 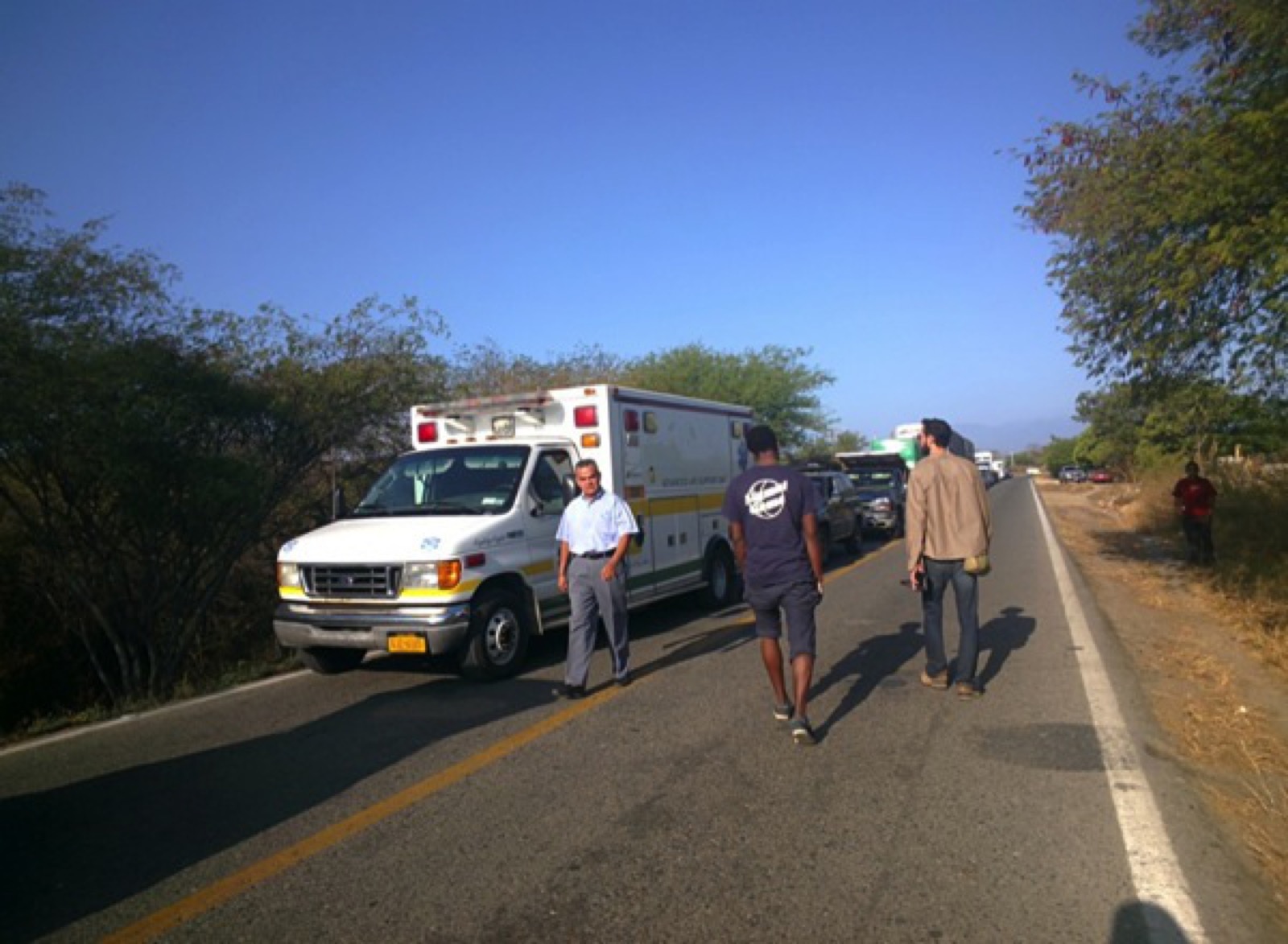 He told us that a stopped car in the middle of the mountain, in pitch black darkness is an easy target for theft, robbery, and other crimes. He also pointed to the fact that both the Union and the Corporation were armed. In the event that they decided to resolve their differences with those guns they brought along, we wouldn’t want to get caught in the cross fire. He promised that they will likely let cars through the blockade the following morning so we should find a safe place to stay.

While I am not inherently wary of people with guns. I am wary of drunk people with guns. Lt Gabrielle had the smell of booze in his breath. Tonight, booze was being thrown into the mix of guns and anger. We decided to lose our place in line and head toward safer grounds, also known as a Pemex Gas Station.