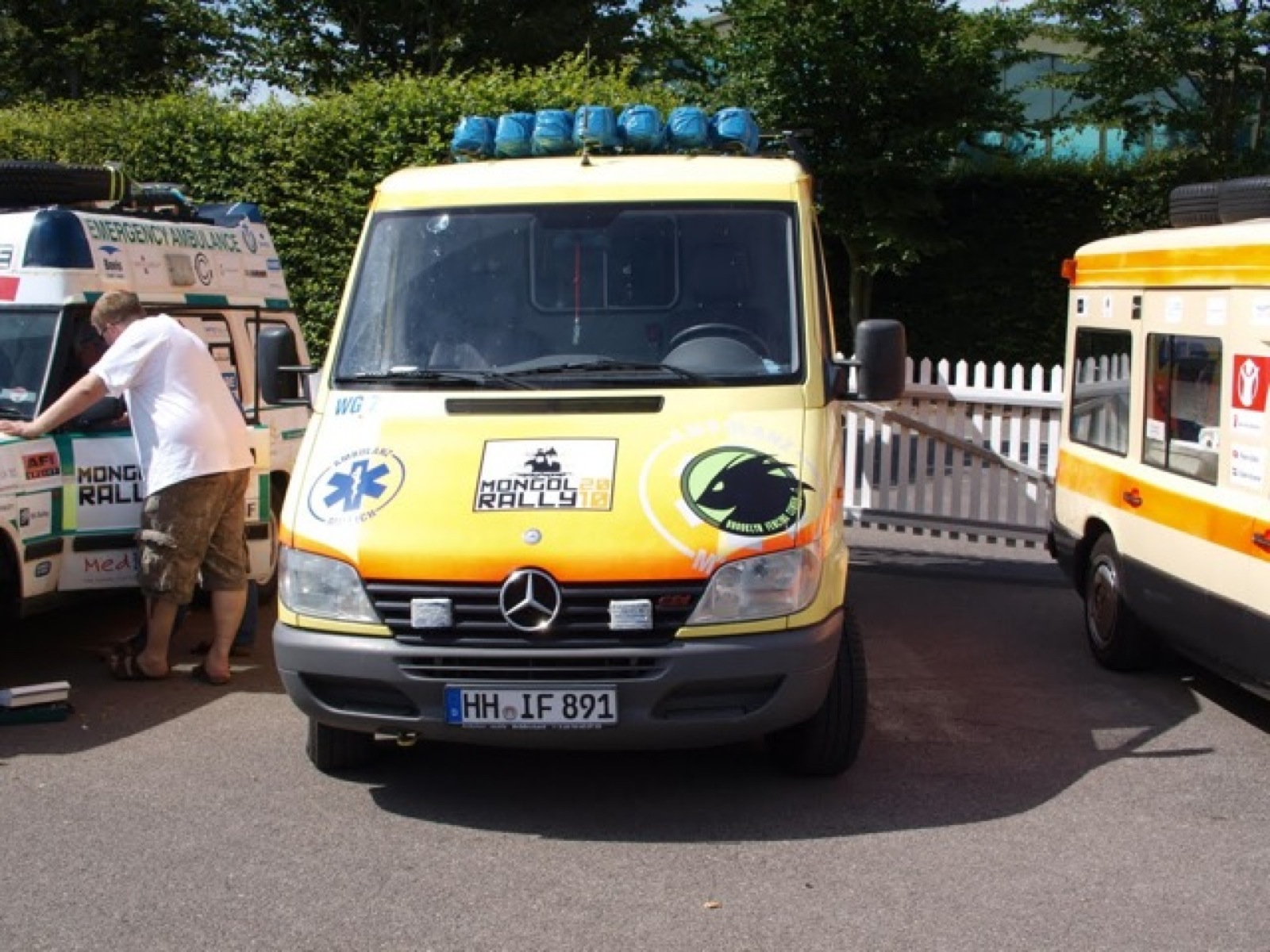 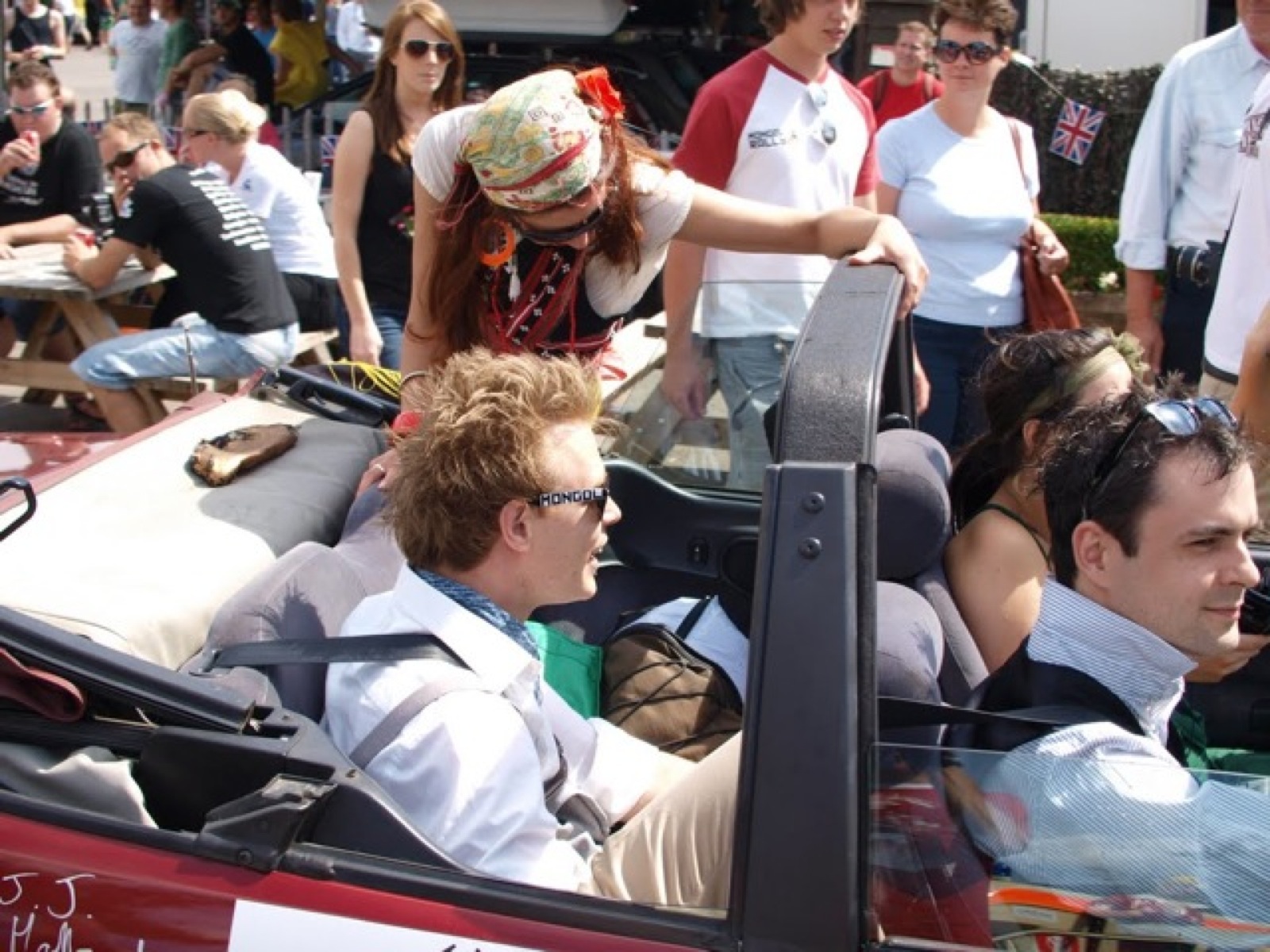 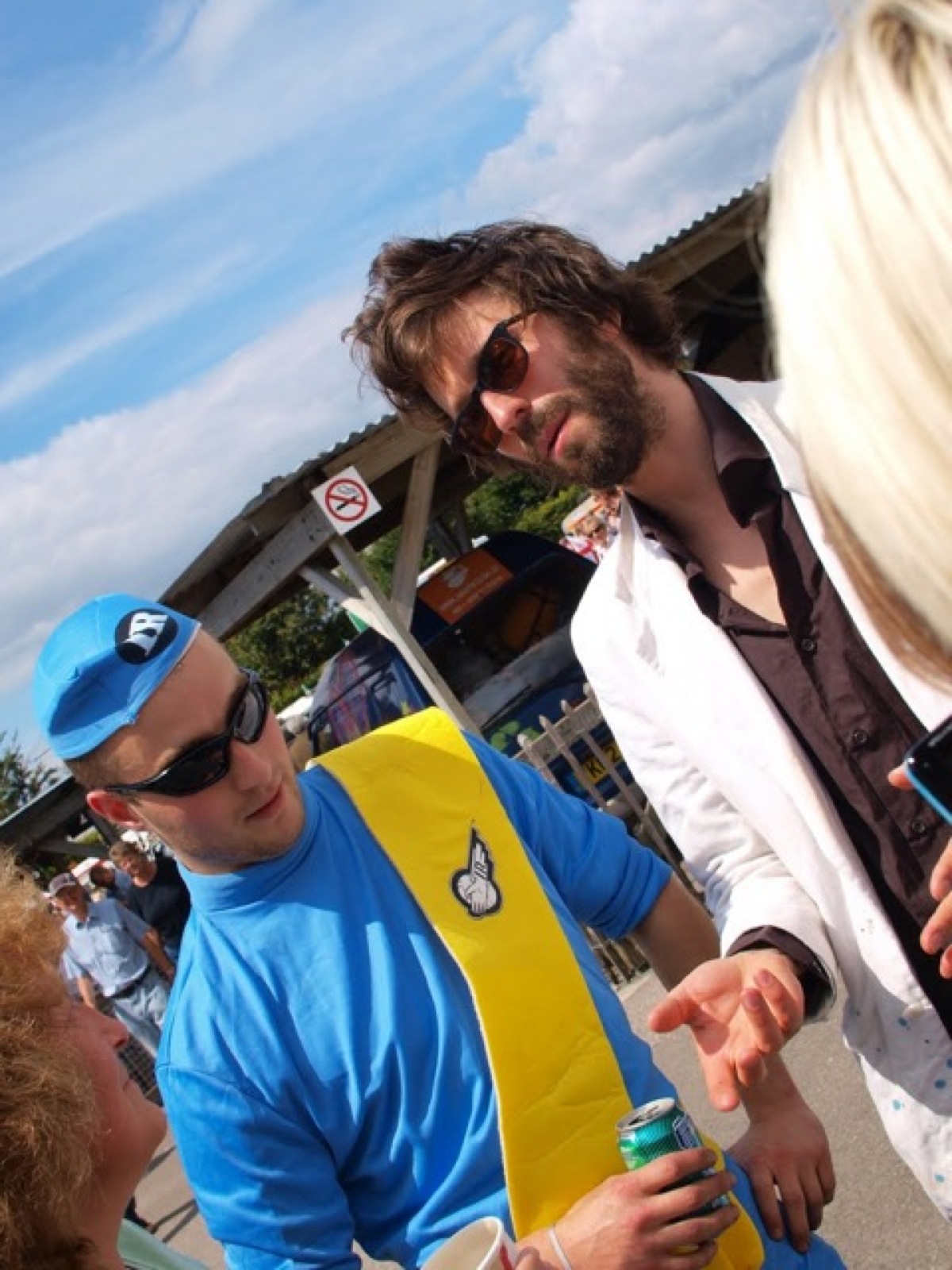 The Festival of the Slow was a a fair, rally, and exhibition bazarely mixed together creating a dreamlike atmosphere snapping with anticipation. Their were traveling musicians walking the grounds barefoot singing, dancing, and enthusiastically playing the fiddle; representatives from various charities speechifying on the grandstand; team members dressed in eccentric costumes from emergency room scrubs to 19th century oxford garb; even professional Mongolian wrestlers demonstrating their sport. The main attraction, however, were the hundreds of vehicles polished and ready for the 10,000 mile journey ahead. They were magnificently painted with cartoons or maps, plastered in logos and advertisements from sponsors, or hilariously adorned with blowup dolls, sails, and other memorabilia. They were each unique, reflecting the personalities of their team members, but they all had one thing in common- they were overflowing with clothes, supplies, food, and tents. Beds were built in backseats, spare tires tied to racks, and motorcycles and sailboats tied to roofs in case… Their main vehicle breaks down? They decide to go on a little sailing excursion? Im not really sure. There were around twenty ambulances and one firetruck called the Green Goddess. We were the only ambulance owners that hailed from the U.S.- a testament to our dedication. 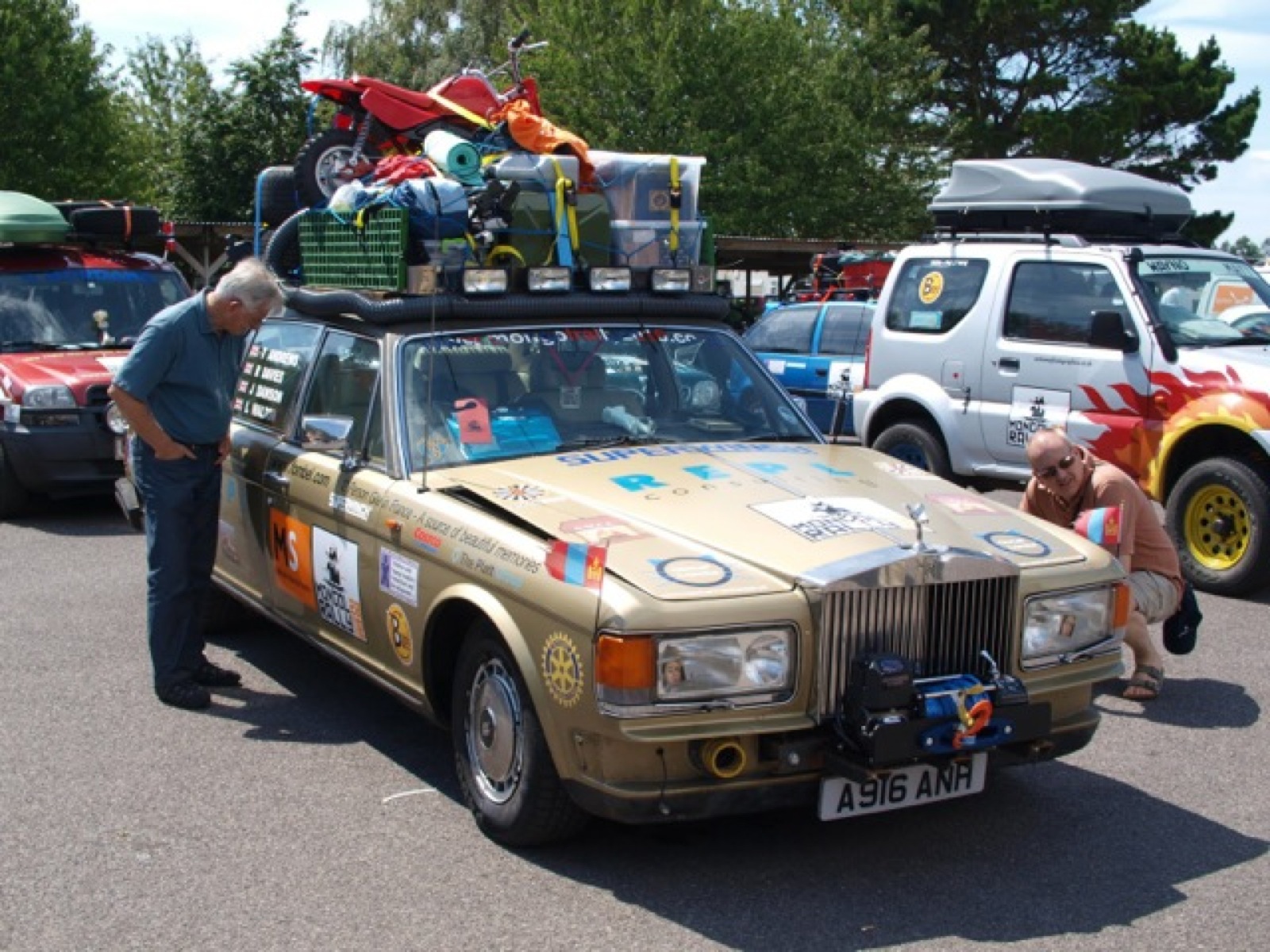 The rally began before we could settle in and really take a look around. The ambulances were the first to leave the starting gate. The line of wild looking ambulances took a victory lap around the racetrack chugging along at about fifteen miles an hour with lights flashing and horns honking before each team departed for their next destination. It was a victory after all just to make it to the start line. Next stop France to pick up our fourth and final team member Tom. Mongol Rally has officially begun! 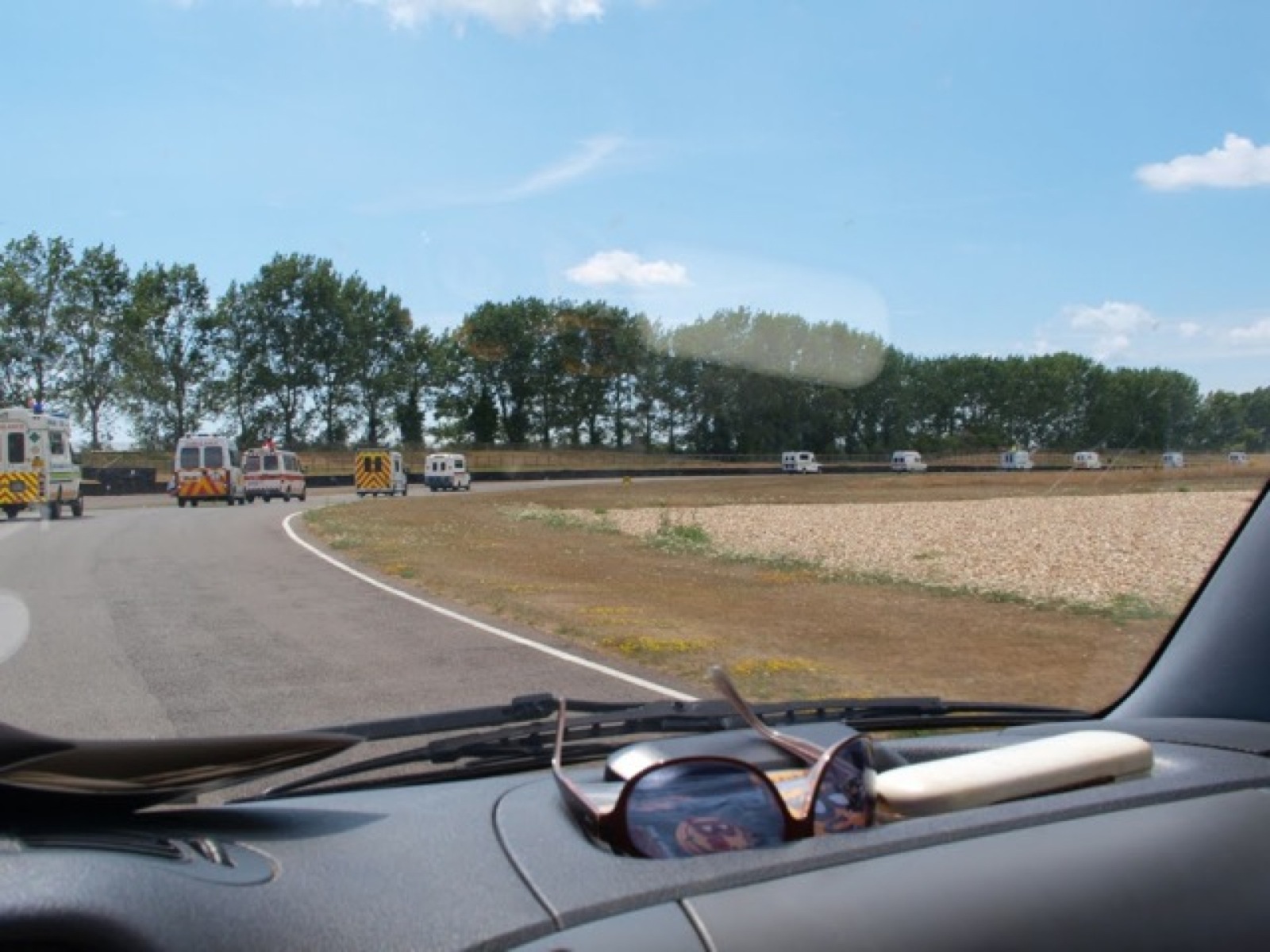