by Stephen Jan in Kiffa, Mauritania

60 kilometers from Kiffa, we stopped at a one of those typical checkpoints. Everything was pretty routine until we noticed Neil and Di’s truck pulled over to the roadside heading the opposite direction. They both came over and explain to us that they had met a Moroccan at a Hotel in Kiffa who seemed to have information about Bamako. This man said that he was in Bamako when rioting broke out on the 2nd, and according to him, the situation was really bad. 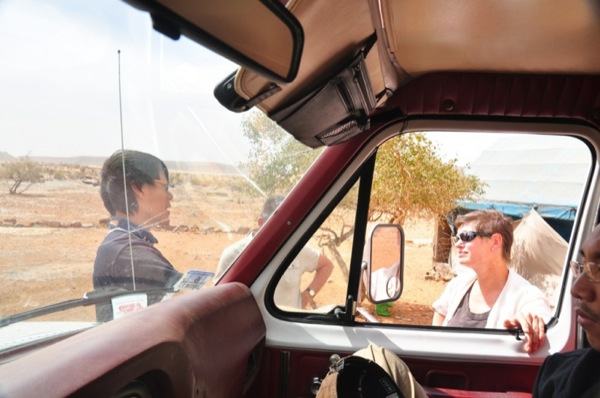 According to the Moroccan, Malian soldiers were putting down their arms, taking off their uniforms, and fleeing from the Tuareg in droves. He reported protestors indiscriminately targeting foreigners with rocks and broken bottles. He escaped a Bamako by the skin of his teeth, evading burning cars and road blocks propped up by rioters. With violence spreading to other cities, he drove non-stop, overland back toward Morocco, only to witness a completely deserted army station on the Malian side of the border.

Niel acknowledged that he wasn’t sure how much of the story was true, but he decided to take the prudent course of action and head back to Nouakchott. There, he and Di planned to reassess the situation and gather information. Team Last Responders decided against doing that. A drive all the way back to Nouakchott would simply cost too much in terms of time and money. We pressed on. 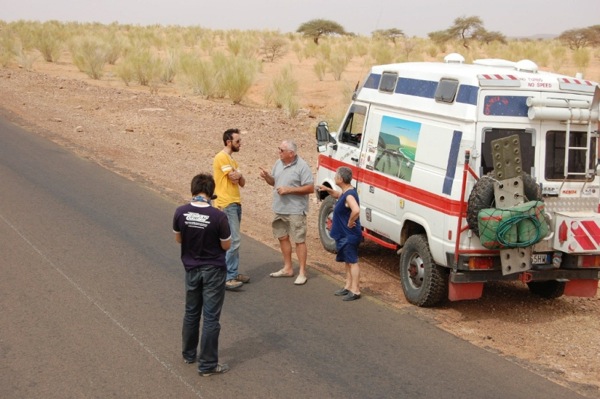 10 km past the checkpoint, we ran into an Italian couple driving an impressive Alfa Romero van – also headed in the opposite direction. I didn’t know Alpha Romero even made vans.  The couple didn’t speak much English so it was up to Mike’s Italian to get their story.

Seeing two trucks heading in the opposite direction made the team a bit anxious. Despite the nervousness, we decided that we would keep going forward until we had solid confirmation that we should stop. We have yet to come up with criteria for us to turn around. 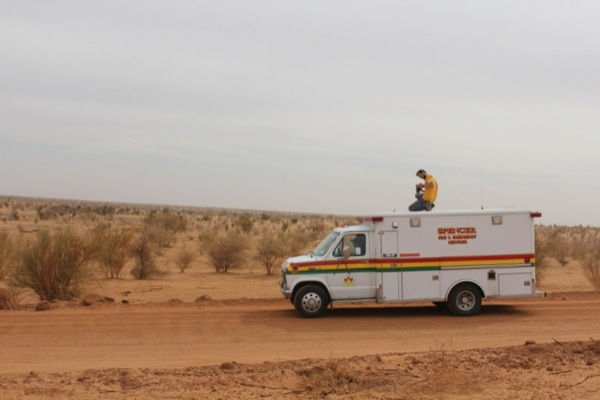