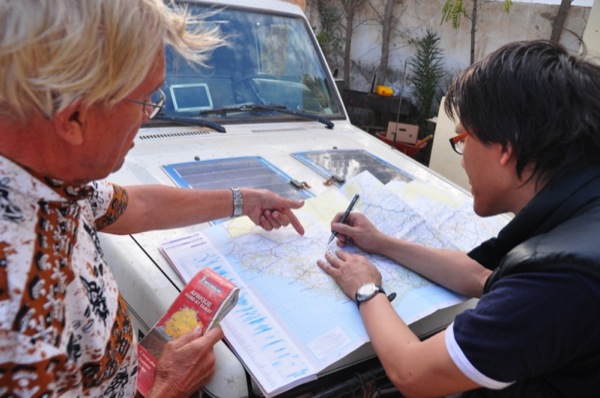 We met a Belgian couple on their way back from Mali. I forget their names but they’d been back and forth between Belgium and Mali several times and had extensive experience with the roads there. I opened up my map and showed them our route: east toward Kiffa, south at Ayoun toward Nioro, South again towards Bamako. They took a look and marked up our map pointing out which roads were good, which were bad, and which roads despite being on the map, didn’t exist. They introduced us to some really awesome scenic routes around Mali and it was reassuring to hear that Malians are among the most welcoming people.

Having spent all morning driving around Nouakchott, we were pretty sure we weren’t going to catch up with Neil and Di at Kiffa. At 6:00 PM, 150 km from Kiffa, we stopped for the evening. Once again, Team Last Responders lagged behind. We  spent the night at the side of the road and dined on our favorite food: instant noodles, canned tuna, and Heinz beans. 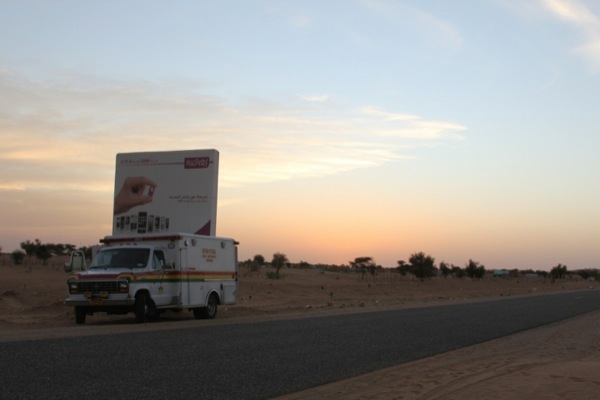