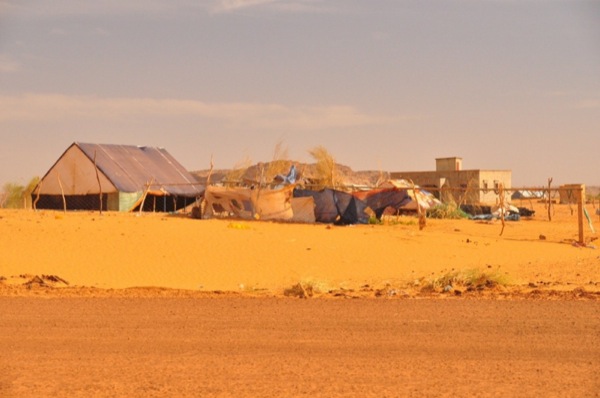 Neil and Di advised us against camping in Kiffa. With all the leaky busted water pipes, it’s a breeding ground for mosquitoes and malaria. Advice taken, we rolled up our windows and whizzed by Kiffa. 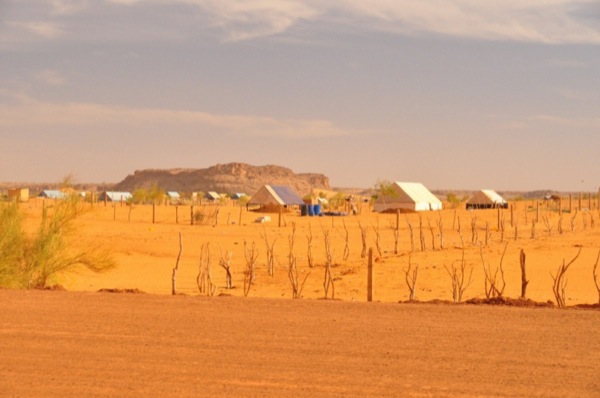 Aside from Nouakchott and Nouadibou, the rest of Mauritania exists at a very “basic” level. The only visible asset for a village is a water well. Houses are shoddily built using stacked concrete, wooden branches, and cheap metal sheets. Animal pens are made of gnarled tree branches flimsily dug into the sand. Trash is left out in the open along the side of the road. Throw in a strong winds blowing sand and scorching heat, I think it’s a pretty good recipe for misery. 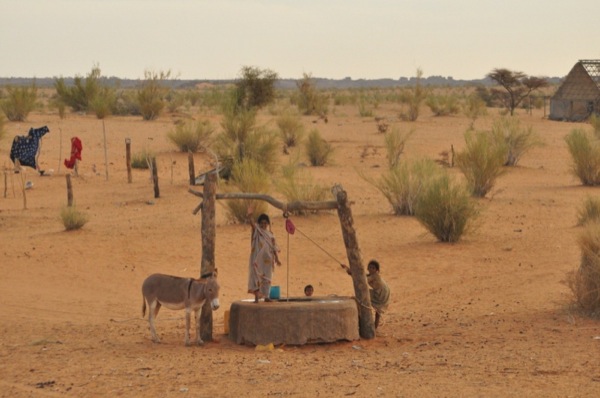 Running water and electricity must seem like a miracle from the heavens to these people.

When we drive by, people naturally wave at our ambulance. We would, of course, enthusiastically wave back. Next, they would either extend their arms with upturned hands and beg for a “gateau” or point to their mouths, to beg for food. It’s really quite sad. To these people, cars on the road are sources of free gifts and food. This is serious poverty. 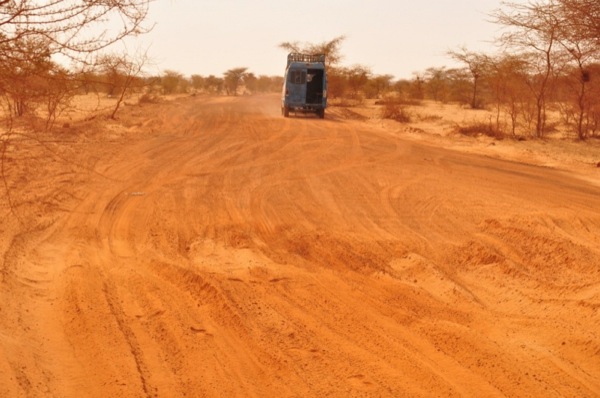 Proper roads last about 50 km beyond Kiffa. After that, it’s a roller coaster of pothole riddled tarmac, unfinished pavement, and bumpy dirt pistes all the way to Ayoun el Atrous. Our progress slowed to a 10 mph crawl – any faster and we risked damaging suspension, and this wasn’t the sort of place we wanted to break down. Some potholes are so terrible that we had to evade them by driving completely off the road onto the dirt and come back onto the tarmac 20 meters ahead. 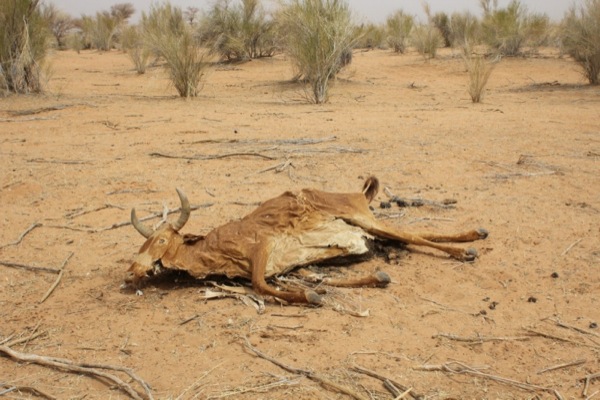 We had met a lot of people refer Mauritania as the Road Kill Capital of the World. It’s probably true, the roads averaged one animal corpse every two miles. Now, the most common flavor of road kill is beef. There was an occasional camel, some goat on the menu. What’s nice about Mauritanian roadkill is that it doesn’t rot and stink. With the air as dry as it is, and the sun beating down, a dead animal dries up and turn into jerky pretty quickly. 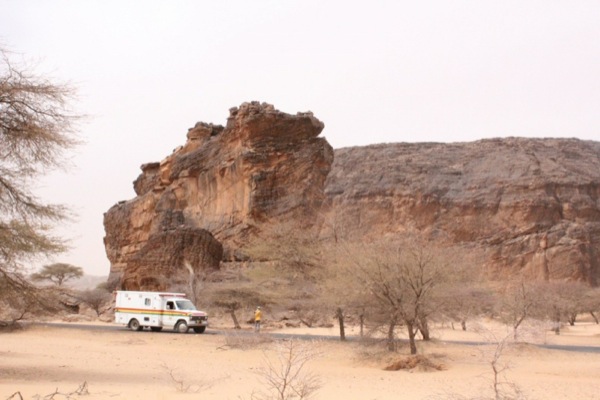 If you ignore the misery and poverty, the scenery in Mauritania is quite beautiful. In many areas, the sand had unique  reddish tint – different from the yellow sand in morocco.  As we got closer to Ayoun,  we saw awesome cliff sides and rock formation jut out of the sand. Who would have thought that Mauritania, ranked among the poorest countries in the world, would be so scenic? 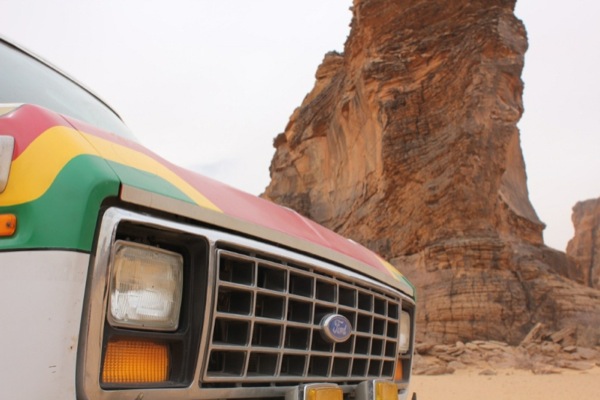